West Kingston Enquiry: Witter says his work was constantly hindered by lack of cooperation from JDF 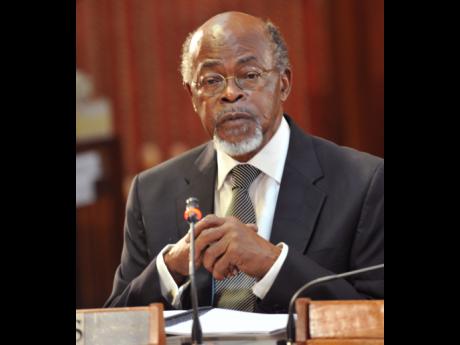 File Photo
"During my tenure, I was always embarrassed by the less than satisfactory co-operation from the JDF", said Witter as attorney for the Tivoli Committee, Michael Williams wrapped up his cross examination.

Former Public Defender Earl Witter has complained that his work has constantly been stymied by a lack of co-operation from the Jamaica Defence Force (JDF).

Witter complained at Thursday's sitting of the West Kingston Commission of Enquiry that the JDF was not helpful in his probe of possible human rights abuses by army personnel.

"During my tenure, I was always embarrassed by the less than satisfactory co-operation from the JDF", said Witter as attorney for the Tivoli Committee, Michael Williams wrapped up his cross examination.

"Even the JDF is subjected to the provisions of the Charter of Fundamental Rights and Freedoms", Witter added.

He argued that if allegations of breaches are levelled at the army, it should not be divested from the responsibility to explain.

Chairman of the Commission, Sir David Simmons expressed concerns that the JDF is being treated as a sacred cow as opposed to the Jamaica Constabulary Force.

Sir David also suggested that Witter's concern should be submitted orally or in writing.

However, attorney for the JDF, Linton Gordon pointed out that the army is protected under the law that was enacted after prolonged deliberations on the implications for national security.

"The Public Defender is a creature of Parliament and so the issue could have been placed before the Parliament," he said

However, Witter indicated that he has highlighted his concern in his report on the events in West Kingston in May 2010.