And next comes love 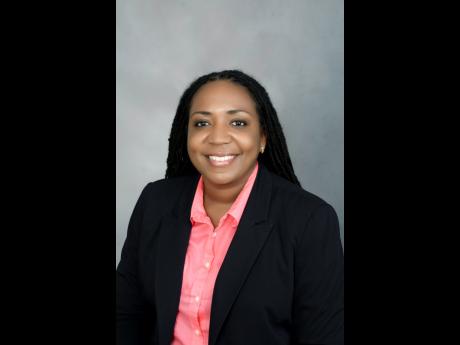 Even if you don't use them, you've probably heard of online dating sites like eHarmony, Match and Christian Mingle.

But while perusing one, local web developer and entrepreneur Monique Powell noticed something. There weren't many Jamaicans on it.

"And then I widened the search to the Caribbean, there weren't many more," she said. "Then I started to think, why is there not something like this for the Caribbean?" She did some research to figure out whether starting one for Caribbean singles would be viable. She consulted friends, gauging whether they felt people would sign up.

"It was all positive. Everybody sounded interested and thought it was a good idea," she said. "So I said, why not go for it?" It took about three months to develop, and on September 16, NextComesLove.com was born.

"The response has been very good. The first few days after I launched, I noticed that there were quite a few people, on Twitter especially, talking about it," she said. "People were interested. You had a few who were a little sceptical, but there was enough interest there for them to be talking about it, which is a good thing." NextComesLove.com is open to the entire Caribbean, but Powell is focused on Jamaica, Trinidad and Tobago and Barbados right now.

"It's open to everyone over the age of 18," she said. "You sign up and you answer 10 core questions." You have the option of putting in additional information, but the core questions are used to show users people they are probably most compatible with.

"And then it's up to you now to initiate conversation," Powell said. "You can send messages. If you're a little shy and you're not too sure who you want to see at first." There is a 'wink' option which indicates interest and opens the door for the other person to make contact. Powell has promised that the site is user-friendly.

"A big part of my website-development process centres around user-experience design," said Powell. "So I try as much as possible to reduce the number of steps that it takes for you to complete any particular thing ... and try to just make the overall interface as intuitive as possible." So far, she's found that most persons who have signed up are between the ages of 22 and 35, but trends show an increasing number of older persons worldwide are signing up to similar sites.

"I'm hoping that eventually, NextComesLove will be top of mind as far as online dating in the region is concerned," said Powell. "That's ultimately where I want it to go in terms of the strength of the brand and in terms of what it means to people and what it does for people." NextComesLove.com is currently being advertised on popular social media sites, and on a number of third-party websites.

Powell has a bachelor's degree in management studies, but everything to do with her career was self-taught. She's been doing web development and digital marketing for nearly 15 years.

"I spent a couple of years reading everything I could find online, using books, teaching myself how to design websites," she said. After some freelance jobs, she worked at The Gleaner for about seven years, developing websites for external clients. After that, she spent time at Digicel and is currently at a leading financial institution. She, however, has always had an itch for entrepreneurship.

"So I'm always seeing opportunities for new ventures," she said. "But I'm just taking it slowly, spending whatever free time I do have on NextComesLove.com and I'm just developing that for now."