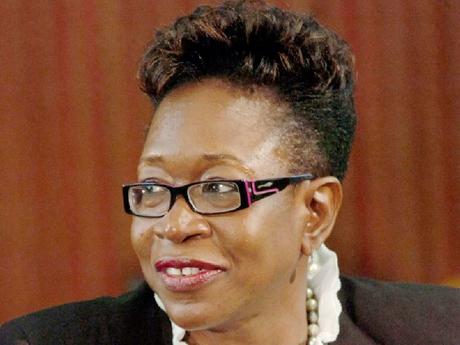 File Photo
Director of Public Prosecutions (DPP) Paula Llewellyn argues that the tone and language of the Contractor General's statement was emotional and appeared to be degrading.

Director of Public Prosecutions (DPP) Paula Llewellyn, is suggesting that Contractor General, Dirk Harrison has launched a personal attack on her in relation to her Shernet Haughton error.

Yesterday, the DPP reversed her April decision that the former Lucea mayor, should not be criminally prosecuted for the award of millions worth of contracts allegedly to relatives and associates.

Harrison says it is regrettable that it took the DPP eight months to realise that she misinterpreted government regulations on contracts which do not place a limit on the value of contracts which attract criminal liability.

However, Llewellyn argues that the tone and language of the Contractor General's statement was emotional and appeared to be degrading.

Meanwhile, the DPP says she is disappointed that the Contractor General did not comment on the small fine that Haughton will have to pay if she is convicted of breaching the government's procurement guidelines.

Currently, offenders of the government's procurement guidelines face a maximum fine of $1,000 or a maximum three months in jail.

The OCG had found that 22 contracts, worth more than $3.7 million, were awarded to relatives and persons affiliated with the former mayor.

With the DPP's decision to reverse her position, the matter has now been sent to the police to start an investigation which means Haughton could be charged in relation to the matter.