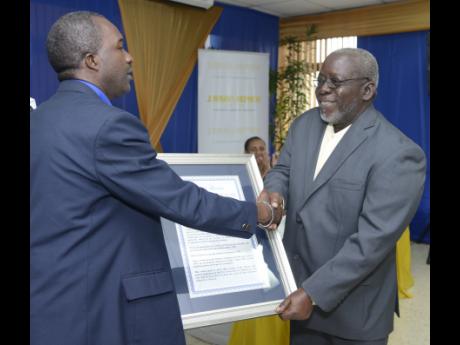 "Continue to uphold the ethical standards of journalism, continue to promote objectivity, and always ensure that, as the driving force behind our gatekeepers, our society will forever maintain the highest level of trust as the watchdog of the people."

That was the charge to the Press Association of Jamaica (PAJ) from Greta Bogues, senior director of corporate affairs and external communication, Wray & Nephew, on Wednesday.

"With this diversification of media, and the ease with which we can now access global communication, it is important that local journalists continue to maintain the fairness and credibility that are hallmarks of Jamaican media," she told attendees at the veteran's luncheon at which four stalwarts of the media fraternity were honoured.

Bogues used the opportunity to speak to the theme 'New Media, New Challenges', describing it as timely and relevant, given the revolution in media locally and at the global level. She noted that the increasing ease of access to information also presented other challenges for the profession.

"New media has set the platform to not only increase democracy within the information sphere, but has also allowed for a more liberal, in-depth and immediate approach to dissemination of information," the Wray & Nephew executive noted.

She urged local journalists to maintain the traditionally high standards of fair, balanced, and ethical reporting, even as they kept pace with evolving technology.

Turning to the awardees, Bogues applauded the fact that this years' group represented a diverse mix of professionals.

"Often, we tend to acknowledge the contribution of broadcasters, journalists and news writers, but it would be remiss of us to not highlight the peerless contribution of the people behind the scenes. It is their creativity and their eye for detail which helps to create the high-quality output of the news broadcast and the daily news publications that we have come to expect," she declared.