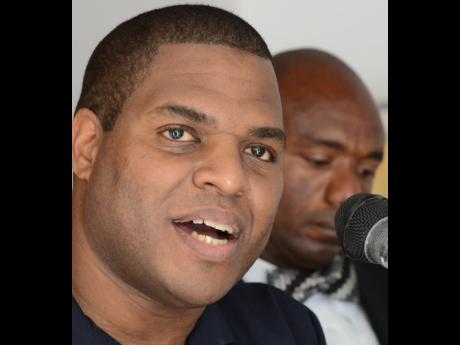 Imam David Muhammad, a Trinidad Muslim leader has joined the social media controversy over the widespread regret for the ISIS-led attacks in Paris given the little world attention for terror attacks in Africa earlier this year.

Muhammad, who is in Jamaica today for the launch of his book – African Studies – said while the deaths of the more than 100 people in Paris must be regretted, the killing of black people in Africa must also be bemoaned.

In April, 147 people were killed and scores of others wounded at a Kenyan university in an attack that lasted for hours.

“The world mourned with France, and rightly so, but who mourned with Nigeria and Kenya. Where was the Western media camping out and reporting on the deaths of Africans? Are black lives worth less than those who died in Paris? I think not, in fact I know lives are lives,” said Muhammad, in an interview with The Gleaner.

Social media site Facebook became blanketed with the pages of individuals turning into the colours red, white and blue representative of the French flag.

Many users soon questioned the overwhelming support for the French victims given the little support for victims of African attacks.

Imam said, “Black lives matter, and so should black deaths. And one set of victims and their families should not feel they are left to fend for themselves, while others are supported.”

It seeks to expose “hidden truths” about Black people and their great struggles, challenges, persecutions, victories, achievements and accomplishments.

It will be launched this afternoon at the Altamont Court Hotel in St Andrew.