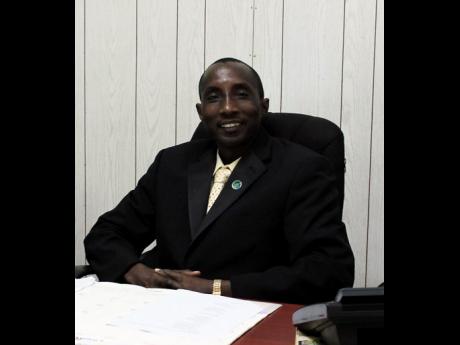 Executive secretary and treasurer at the North East Jamaica Conference (NEJC) of Seventh-day Adventists, Adlai Blythe, describes himself as "a second-generation Adventist who was born and raised in the Church".

After spending more than 20 years working in the public sector as an administrator and accountant, Blythe joined the conference at its inception in 2006 and spent the next eight years ministering throughout St Mary before taking an administrative role last December.

Speaking from the NEJC headquarters in Dover, St Mary, Blythe explained that although the Church had amassed a sizeable database of members in St Mary and Portland, more strategies designed to attract and retain young people were essential if the effects of secularism are to be countered.

He told Family ad Religion: "On paper, we have a church membership of 28,000 across both parishes, but if you look at regular attendance, the figure is around 14,000. Around 70 per cent of the Church are young adults aged 35 and under, but I think the influence of the outside world weighs heavily on them and somehow distracts their focus.

"As a Church, we need to look at our social welfare programme so that it serves more people's needs because we have a lot of jobless young people and adults, and so the appeal to do things that can help them 'eat a food' pulls them away.

"Young ladies get hooked into relationships where a man is providing, and young men get drawn into working on the Sabbath and doing other things to survive. If we can revamp our social programme and provide more for our people, we would be in a better position to retain them."

Moreover, Blythe believes that if the Church is to remain popular in years to come, the development of new methods and programmes should begin as soon as possible.

He said: "I think sometimes adults come down on them a little bit too harshly, and occasionally you have to remind these adults of what went on when they were youths (laughs).

"Sometimes we have to reflect on our own past, be a little less judgemental, more caring and understanding, and try to win the person's confidence because that was Jesus' method.

"We have to show that we don't just care about trying to get people baptised; we care about you as a person. Encourage them to go back to school; help them get a job.

"When you've done that, you would have developed a relationship, so when you point them to Christ, they will be more willing to come on board. That's the direction I think we need to focus on."

Looking ahead, Blythe insists that the Seventh-day Adventist Church, which celebrates its 125th anniversary this year, remains popular in Jamaica because its core message is the promotion of education, a healthy lifestyle, family values, and the fear of God.

He said: "The Church has been successful because we offer a holistic message and social outreach programmes where we go out into the communities.

"That is our modus operandi and what we are required to do as followers of Christ because that's what Jesus did. He didn't just stay in the church. He went wherever the people were and ministered to them, and that's what we're doing."