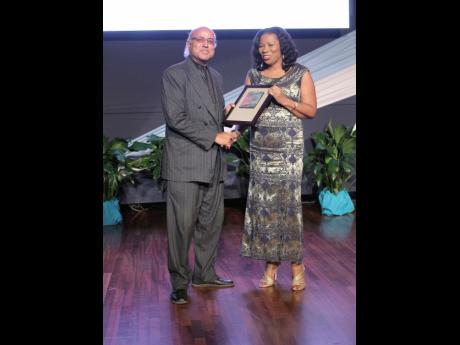 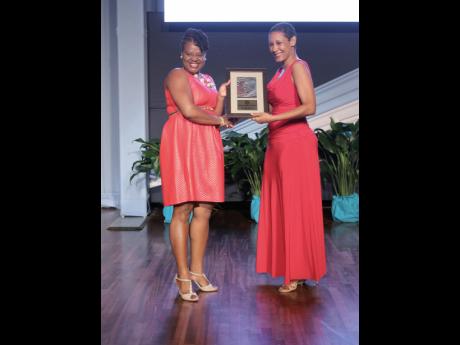 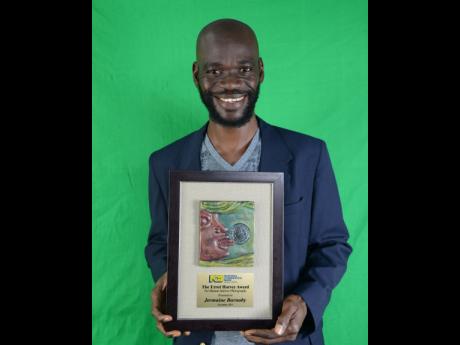 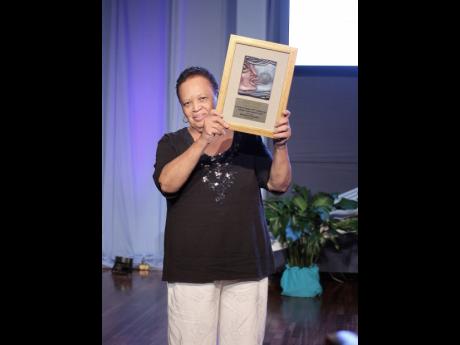 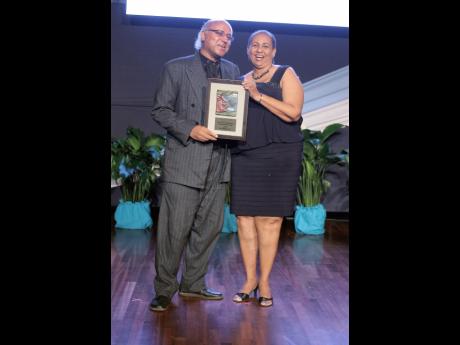 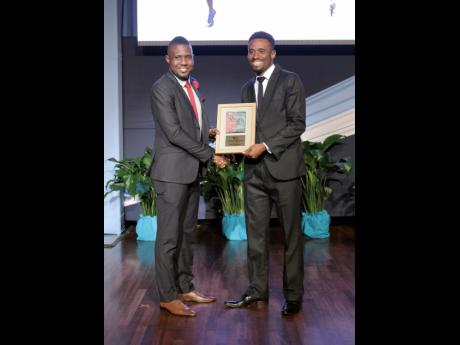 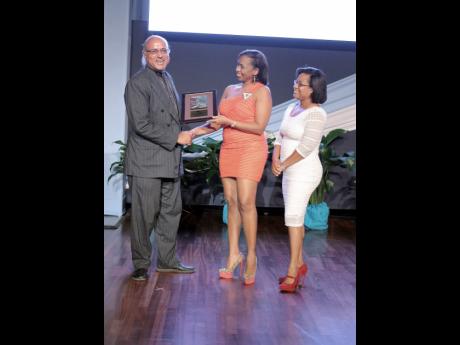 Mikey Wilson
Christopher Serju receives the Award for Excellence in Reporting on the Environment from Dionne Rose (right), manager, public education and corporate communications at the National Environmental and Planning Agency (NEPA), and Sherie Simpson, NEPA's manager of projects. 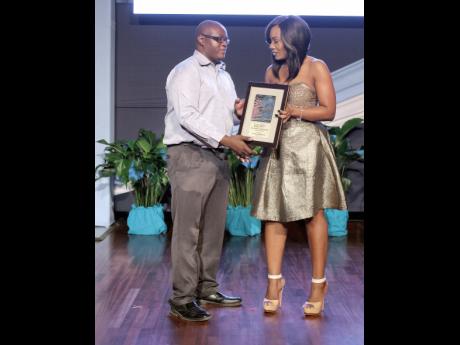 The Gleaner's Christopher Serju and Tameka Gordon stood out among journalists who took the spotlight at the 2015 Press Association of Jamaica (PAJ) Awards Ceremony, held Saturday night at The Courtleigh Auditorium in New Kingston.

Gordon, a reporter on The Gleaner's Business Desk, was adjudged Young Journalist of the Year, while Serju copped awards for excellence in reporting on the environment, excellence in agricultural coverage, and Best Feature Story for print, as well as the Theodore Sealy-Hector Bernard Award for News.

PAJ President Dionne Jackson Miller, in commenting on the past year, said it signalled the need for journalists to be even more assertive and resolute, while adapting to changes in the media landscape.

"What a year it has been. Once again, we see and understand the importance that the media plays in our democracy. Whether or not you are shortlisted, we all know what it is we go through and we want to thank you (journalists) for your work and tenacity. This night is for you," she said.

"We also have to thank our families for sticking with us. We work odd hours, we work on weekends and we have to thank them for their support. Media is changing and the PAJ has to change with it. We can't stand still, we have to keep moving. I encourage you all, therefore, to move forward in a spirit of hope, not fear, in a spirit of excitement, not a spirit of dread," she charged.

Chief judge Patrick Harley noted that there was a tremendous increase in the number of entries over last year's, but said, overall, the quality was variable.

Gordon, in commenting on her success, told The Gleaner that she attributed her triumph to her determination to rise above the challenges and stay the course.

"Life is not linear. It will knock you hard and people will try to make you feel less than you are. You have to know yourself, believe in yourself, and never let external forces dictate your journey or destination," said the business reporter, who also walked away first runner-up at the recent Fair Play Awards for exposing the National Housing Trust's Outameni purchase.

"One of the greatest gifts, despite the many challenges, is that I work in one of the most challenging areas in journalism, but it's all about honing your skills and learning as you go along," she said.

- Award for Excellence in Reporting on the Environment

- Award for Excellence in Reporting on Children's Rights

- Award for Excellence in Reporting on Health and Wellness

- Award for Excellence in Reporting on Agriculture

- Excellence in Reporting on Technology

- Young Journalist of the Year

- Journalist of the Year