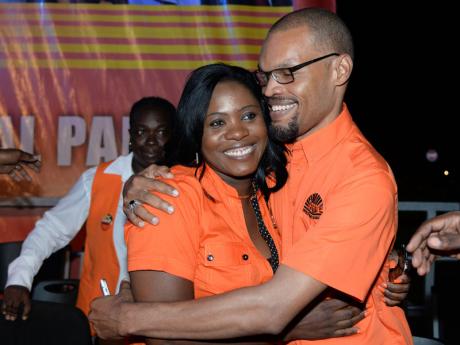 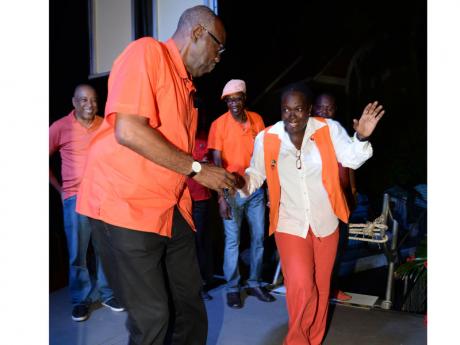 Having seen James Robertson's winning margin take a massive hit in the last general elections, the governing People's National Party (PNP) believes it can win the West St Thomas seat for the fifth time in the history of the constituency.

Standing in Robertson's way for a fourth term is Marsha Francis-Johnson.

"For 15 years, we the people of West St Thomas yearn for progress. We hunger and thirst for good leadership," Francis Johnson said.

Robertson has been MP since 2002 when he defeated Hylton, the Yallahs homeboy.

However, Robertson fortunes took a hit in 2011.

A former energy minister in the Bruce Golding-led Cabinet, Robertson suffered the embarrassment of the revocation of his US visa.

He was however able to retain the seat, beating the PNP's Leonard Green by 317 votes. The matter of the visa issue was brought back to life in Morant Bay Sunday by Dr Peter Phillips, the PNP campaign director.

Paul Burke, the general secretary of the PNP also said kinship will count for nothing in the way he approaches the contest.

"Everything is fair in love or war. This is not a war it is a political battle and the PNP and its general secretary is going to give full support to our candidate Marsha Francis," Burke said.

"It is a seat that the PNP wants back. Family don't come into my mind at all. When it comes to election it is straight JLP, PNP. Any constituency that you can win you go for it and western St Thomas is a constituency that we can win, want to win and we should win," Burke said.

Marsha Francis-Johnson enters the election with some baggage.

Last year she was removed  as mayor of Morant Bay and Chairman of the St Thomas Parish Council in a no-confidence vote 18 months into her reign. But Sunday night, Hubert Williams, the councillor for the White Horses Division who moved the resolution to remove Francis as Mayor said she is a success story.

"We all know what went down with the councillor," Williams said.

"At this time she has proven herself to us that she is the one, the only one who can take on James Robertson and beat him," he added.

Francis Johnson, a first-time councillor, got 57 per cent of the 1,585 votes caste in last election to win the Cedar Valley Division in the last local government election.

In the meantime, Prime Minister Portia Simpson Miller has described Francis Johnson as a brave soldier with the heart of a lion.

"It is time that Western St Thomas be returned to the winning column of the People's National Party," Simpson Miller said in endorsing Francis Johnson.