The resurgence of spiritualism - A loss of faith in traditional religion 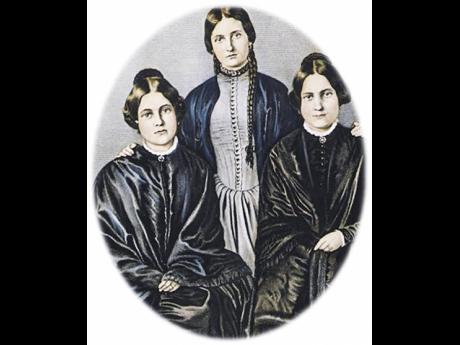 Contributed
The Fox sisters sensationalised spiritualism with displays that offered evidence of life after death. 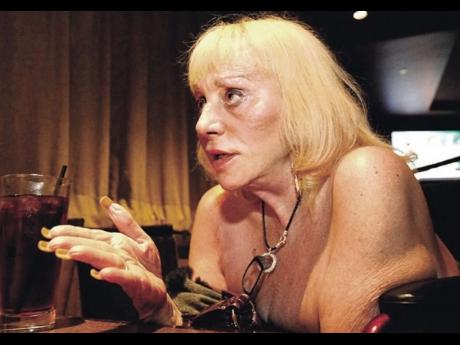 Contributed
The late Sylvia Browne is among those credited with the resurgence of spiritualism in the modern era. 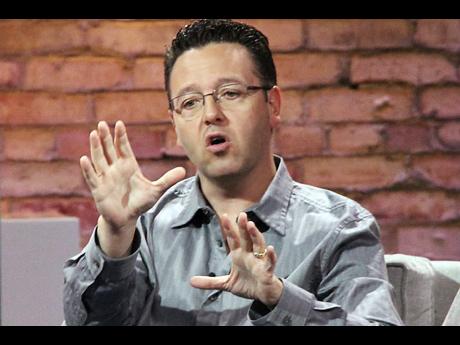 Contributed
John Edward was among those responsible for the resurgence of spiritualism in the modern era.
1
2
3

"Spirits narrate things wholly false and lie. When spirits begin to speak to a man, care should be taken not to believe them, for most everything they say is made up by them and they lie."

"But 'tis strange: And oftentimes, to win us to our harm, the instruments of darkness tell us truth, Win us with honest trifles, to betray us in deepest consequence." (William Shakespeare, Macbeth: Act 1, Scene 3)

Recently, I received a letter from a reader requesting hypnotherapy services. There was an unmistakable desperation in her every word. She desired riches, a comfortable life and believed strongly that I could somehow wave a magic wand and grant her wishes.

While hypnosis is a useful tool to configure the mind towards positivity, hocus-pocus it is not. I conveyed this to her. Disappointment bled through her response as she indicated that a spiritualist should have been her first option.

And this reaction is at the core of a growing psycho-spiritual problem that is destroying countless lives. In 2013, priests in Rome received more than 100,000 calls from distraught individuals who dabbled in some form of spiritualism.

Interestingly, this occult practice has been around since the very dawn of civilisation. The Bible relates the tragic demise of Saul. In the 19th century, the infamous Fox sisters of New York sensationalised spiritualism with displays that offered evidence of life after death, and the opportunity to communicate with loved ones who crossed over.

They also answered questions surrounding the mysteries of life and helped those wanting in health, love, and finances.

As they did centuries ago, trans-mediums allow discarnate entities or spirits to use their vocal cords to convey messages. The resurgence of spiritualism in the modern era, thanks to John Edward and the late Sylvia Brown, suggests a loss of faith in traditional religion, a growing sense of individualism and selfishness, narcissism, entitlement and impatience.

In fanciful terms, many reject the term religion, opting for 'spiritual.' It's a damning zeitgeist that breeds disregard for tradition.

Hollywood has also glamorised the occult, targeting the young and impressionable. Divination, the Ouija board, Tarot Cards, Crystal therapy, and Reiki are touted as instruments to enlighten and empower.

Notably, mediumship, called channelling in many circles, is not unlike the work of the obeah practitioner. The needy avail themselves of services rendered. There is the promise of a quick turnaround a transformation that alleviates the burden of life.

In Eastern tradition, this is called the Tantric or the left hand path, as opposed to the Sattvic path that requires prayer, fasting and forbearance.

Dabblers in spiritualism seek love, money, fame, and vengeance. Many unsuspecting individuals have been duped by the mediums, who, lacking in knowledge, are deft in the use of suggestion.

But there are veritable spiritualists who indeed are in touch with the spirit world. The $64,000 question looms: who are these spirits and from whence do they originate?

While many clerics prefer to speak in terms of demons, devils and Satan, there is a more credible explanation, based on years of parapsychological research.

Many departed souls refuse to leave the earthbound plane, preferring to live vicariously through the body and sentiments of the host to which they are attached. They ingratiate themselves of the physical sensations they once enjoyed.

This is particularly true of addicts who pass away. Perverse habits and characteristics such as cheating, lying, and violence remain with earthbound spirits, sometimes called 'pretas' or hungry ghosts by Easterners.

And these are the parasitic creatures that masquerade as our loved ones, angels of light, spiritual guardians, and beings of divine wisdom. In truth, they are nothing more than riff-raff among us.

They befriend mediums and their clients, offering counsel, mixing truth with lies, using their advantage to glean information from their subconscious, thereby winning their trust. Then, things turn ugly their true nature is revealed and hell is unleashed.

In many ways, the spirit world mirrors this world with all its treachery and duplicity. We should note, though, that not all earthbound spirits are pernicious. Many refuse to leave for fear that they will be damned by an austere God, thanks to religious dogma.

Understandably, alcoholism, psychosis, suicide, abject poverty, inexplicable and incurable illnesses are the companions of mediums or practitioners of obeah. Never does it end well.

History bears this out. The tragic demise of the Fox sisters, Ze Arigo, Edson Queiroz, Joe Fisher, Oscar and Edivaldo Wilde, Jane Roberts, and other spiritualists is enough to make us reflect on the true nature of this practice.

In the Caribbean, the narrative is the same. Stories abound of the tragic end of the obeah man and voodoo priest.

In the 1903 classic, The Great Psychological Crime by John E. Richardson, we read: " ... no spiritual intelligence who has learnt the meaning and the results of the mediumistic process, and who is honest, will ever subject any individual on earth to the blighting influence of the mediumistic process ... whoever does so convicts himself of ... unconscionable immorality."

But sadly, immediate gratification trumps reason. Man can be a hasty, desirous, vengeful animal. Tomorrow is forgotten to his detriment.

Here, a caveat is in order: No genuine being of light will commandeer any individual. Ever mindful of this

admonishment we will surely avoid the pit into which so many have fallen.

• Dr Glenville Ashby is the author of 'Anam Cara: Your Soul Friend' and 'Bridge to Enlightenment and Creativity', now available at Amazon. Feedback:glenvilleashby@gmail.com or follow him on Twitter@glenvilleashby