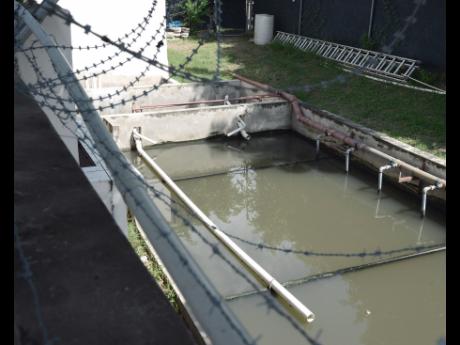 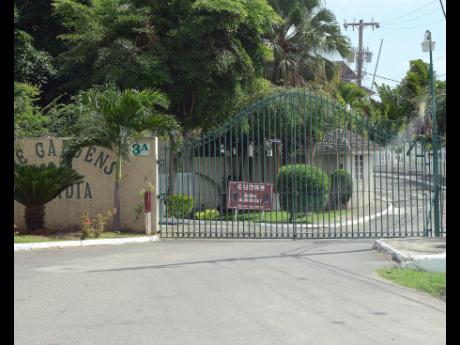 Ian Allen
The entrance to the Gardens of Acadia apartment complex, which is served by the malfunctioning sewage plant.
1
2

Five years ago when Raymond Webb moved into his home on Wainwright Avenue in upper St Andrew, he believed he had found somewhere comfortable for his family to live.

But little did he know that a sewage-treatment plant serving the Gardens of Acadia apartment complex next door would bring just the opposite.

"There is just an unbearable odour that comes from it sometimes. Sometimes it goes down and on other days it is just unbearable. I don't think it is working properly," Webb told The Sunday Gleaner.

"There are always flies in the area, but there is more mosquitoes, rats, and we have seen roaches because of it," said Webb.

He claimed the stench from the malfunctioning sewage plant has forced his wife Racquel, who suffers from respiratory illnesses, to go to the hospital on numerous occasions.

"The area is quite fine. It is essential to everywhere. There is not much hassle, so we thought it was a decent neighbourhood. You will always have the criminal elements but we have security," said Webb.

"The problem is that whenever the sewage plant doesn't work it makes life very miserable for us. When I first moved here, there was no smell. I wouldn't have bought the place if there was a stench. But over time, that is what happened," he said.

Webb, a chartered accountant, purchased the 'fixer-upper' in 2011. Since then, he has spent hundreds of thousands of dollars renovating the property. Apart from the architectural work on the house, he bushed the overgrown premises, erected fences and gardens, and even added a fish pond in the yard.

When our news team visited the community recently, the beautiful setting was marred by the faint smell of human waste in the air. Metres from the houses, with only a perimeter wall as demarcation, is an open pool which stores what appeared to be stagnant sewage.

The pool, Webb said, was built above a gully in the area, and that the gully still runs beneath it. He explained that the stench gets worse whenever the area is not cleaned or whenever the plant stops working, the frequency of which, he said, has increased this year.

DON'T KNOW WHAT TO DO

"I don't know what to do. I have contacted the authorities and nothing for the most part," said Webb, adding that while he is the closest to the problem, his neighbours are also affected by the stench.

That claim was confirmed by one female resident living a few houses away. The woman, who declined to give her name, said the stench was a common feature of the community on some days.

The Sunday Gleaner was barred from entering the apartment complex to speak with authorities there, but a security guard at the main gate confirmed that residents of the community have been complaining about the problem.

"Them have a sewage plant around there, and if you have a plant it is going to smell sometimes," she argued.

"I know of the plant, I guard around there and I don't see any problem with it. I don't see what the big deal is," scoffed the woman.

Webb has since taken his complaint to the National Environment and Planning Agency (NEPA), and in an emailed response, Peter Knight, chief executive officer at NEPA, said the matter was assigned for attention.

According to Knight, the complaint about the sewage-treatment plant was forwarded to Mark Barnett, president at the National Water Commission (NWC), as that agency would have to advise what would be done about it in the long run.

When contacted, Charles Buchanan, communication officer at the NWC, told The Sunday Gleaner that his agency is not to be blamed.

"The manager for wastewater services and I actually went there just to make sure that it was not being confused with NWC's sewage system which is some distance away," said Buchanan.

"Its not an NWC facility. I think it is privately owned, but it is not one of ours. The NWC is not a regulator. The regulator for sewage would be NEPA. We have visited the site before, because there have been complaints about problems before but it is not ours and we don't have any standing in the matter," added Buchanan

Webb has also indicated that representatives of several agencies have been visiting the area and that the sewage plant has been working properly in recent days.