‘We will use our voices’ - youth advocates warn leaders #FollowTheVote 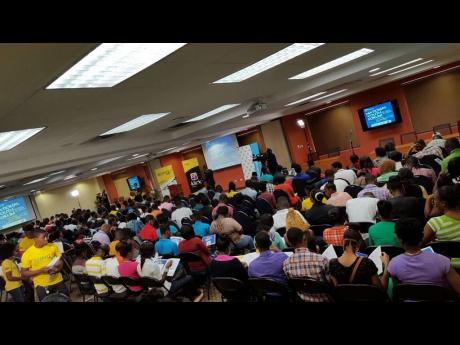 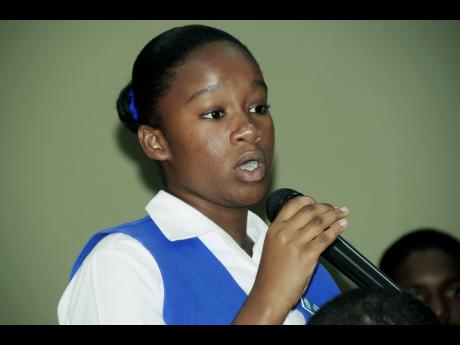 Y-klick, a newly formed youth advocacy group, is sending a clear reminder to leaders of the country in the run-up to the next general election that young Jamaicans are far from apathetic and want their voices to be heard as the country debates its future.

A core group of Y-klick Advocates, composed of young people age 15-25 from each of the 14 parishes, hosted two public events recently as they launched their advocacy movement.

At a panel discussion dubbed #FollowTheVote, a youth audience at the Half-Way Tree Transport Centre engaged in a

Throughout the conversation, the young participants lamented the fact that Jamaican youth feel largely disenfranchised and insisted that they become more vocal as such a large voting bloc.

"The youth cohort in Jamaica that is characterised by intellectual rigour, exuberance, rich potential, skills and dynamism now feels that they lack the capacity to change the present socio-cultural and economic arrangements within the political system and the processes that are associated with it," said Renier.

#FollowTheVote was a lead-up event to the Y-klick National Youth Forum, where 250 young Jamaicans from across the island converged at the University of the West Indies, Mona campus.

The national forum, hosted under the theme 'Get Inspired, Get Informed, Get Organised', centred on the importance of young Jamaicans lifting their voices and organising themselves to influence national dialogue and decisions.

An array of speakers charged the audience to engage more visibly as young advocates, including social activist Dr Michael Abrahams, youth leaders Kemesha Kelly and Aubrey Stewart, and international guest Greene - who shared her story on mobilising millions of young people for the 'Rock the Vote' campaign in the US.

Clinics with tools and tips

The National Forum concluded with a collective call to action for young Jamaicans to get involved in a number of upcoming Y-klick activities.

"The Y-klick National Forum was an opportunity to debunk the myth that Jamaican youth are uninterested, incapable or uniformed when it comes to staking a claim in our island's outcomes," said Y-klick advocate Aleya Jobson.

"We came to be inspired and we left with a call to action. Just being there shows that we are willing and able to take our destinies in our own hands. The proof of Y-klick's full potential is coming - the National Forum was just the start," added Jobson.

Y-klick is a long-term programme led by Respect Jamaica, with support from UNICEF and the US Embassy. The core group of more than 20 Y-klick advocates - which includes young persons with disabilities - aims to galvanise other young Jamaicans and advocate on their behalf through national platforms.

Y-klick advocates are part of Respect Jamaica's growing corps of youth ambassadors who help to address a range of issues affecting marginalised and vulnerable groups and to promote respect for all.

To join the conversation: Follow the hashtag #yklickja on Respect Jamaica and UNICEF social-media platforms online.