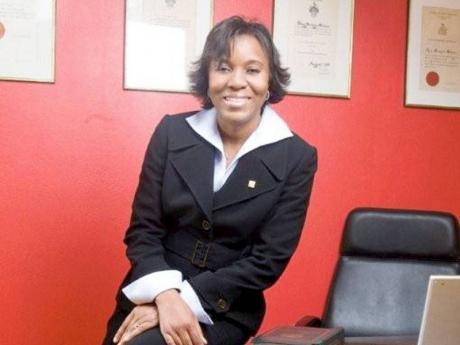 Gibson Henlin is the only lawyer to be appointed to the prestigious position by the Governor General this year.

There were several other applicants, but only Gibson Henlin was successful.

She will be called to the inner bar at a special ceremony at the Supreme Court next Monday.

Senior lawyers who have distinguished themselves through exceptional leadership, professional integrity and excellence in advocacy are usually appointed Queen's Counsel.

A lawyer applying to be a Queen's Counsel must have at least 10 years' practice as an advocate.

Gibson Henlin is a graduate of the Norman Manly Law School in Kingston and was called to the Bar in 1993.

She has been practicing in the Jamaican courts since that time and has appeared in many high-profile cases including the Professor Brendon Bain case against the UWI and the Andrew Holness-Arthur Williams Senate letter case.

Gibson Henlin is a member of both the Jamaican Bar Association and the Canadian Bar.

She is a senior partner in the law firm Gibson Henlin Gibson and is also an arbitrator.