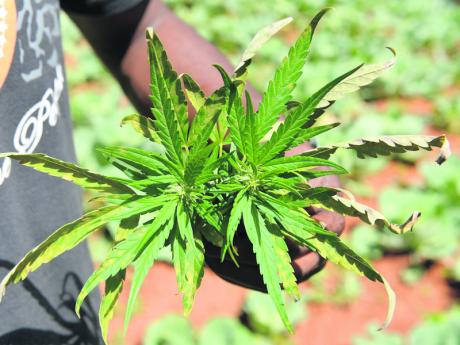 The Government is to bring legislation to protect growers of new varieties of ganja plants as it seeks to step up intellectual property protection of producers.

Industry, Investment and Commerce Minister, Anthony Hylton, says the Jamaica Intellectual Property Office and the Ministry of Agriculture are in the process of developing the new legislation.

Hylton says the legislation will complement the developments in the cannabis industry.

He says the law will facilitate and encourage innovation in the growing of new plant varieties as well as the registration of the rights of ganja growers and farmers.

According to the minister, the move will bring about a new area of intellectual property protection in Jamaica.

Meanwhile, Hylton says Jamaica has a signed bilateral agreement with the Swiss Government for the registration of medicinal marijuana.

Noting that Jamaicans have long used marijuana for the cure of asthma and various ailments, he said the move is the next step in the development and monetisation of the ganja industry.

Jamaica has enacted amendments to the Dangerous Drugs Act which, among other things, allows for the establishment of a regulated industry for ganja for medical, scientific, and therapeutic uses.

It also provides for the creation of a Cannabis Licensing Authority, which will be responsible for developing the regulations governing the medical marijuana industry.