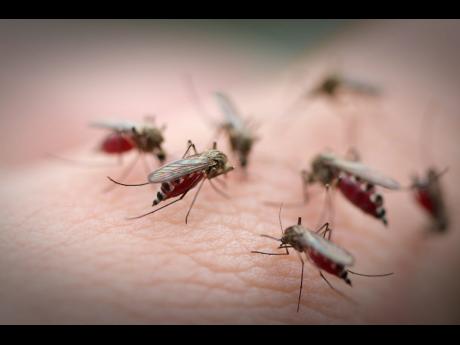 Contributed
Brazil has recorded two adult deaths and 739 cases of the disease, which can stunt the growth of the foetus' head.

The Brazilian health ministry has reportedly confirmed a link between the mosquito-borne Zika virus and a high incidence of birth defects.

The fever, is said to be behind a spike in cases of micro-encephalitis, which is an inflammation of the brain contracted in the first months of pregnancy.

Brazil has recorded two adult deaths and 739 cases of the disease, which can stunt the growth of the foetus' head.

The ministry said doctors had found Zika virus in the blood and tissue of a baby with micro-encephalitis.

It said it was also the first time in the world that adult deaths from Zika virus had been registered.

Zika is transmitted by the Aedes aegypti mosquito, also known to carry the yellow fever, dengue and chikungunya viruses.

Jamaica's health ministry says there has been no case of the Zika virus here although cases have been detected in the Caribbean.

Last week, a new study suggested chikungunya, more popularly known as chik-V, may lead to severe brain infection and even death in infants and people over age 65.

Jamaica was hit hard by a chikungunya outbreak last year with several deaths linked to complications from the disease.