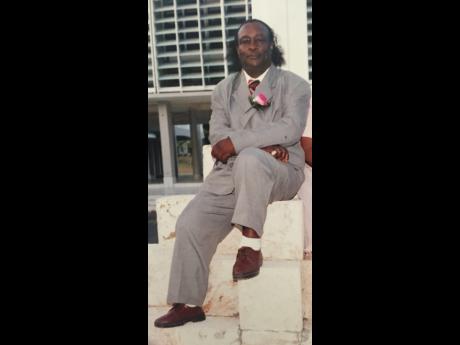 At Fenton Francis' funeral on Sunday, November 22, among other things, Claudia Henry told the gathering, "Fenton was my uncle and friend. I remember Fenton as a very kind and loving person. Nothing was too good for Fenton to offer to me. He had a special love for me, and I knew that from I was very young."

Francis was born on September 21, 1945 in Smithfield, Clarendon, and was raised by his grandaunt, Hilda, in Bryan Piece in the same parish.

His body was interred in the family plot at Bryan Piece.

Bryan Piece is a long way from the Pedro Cays, where Francis spent most of his time as a fisherman. He also worked in the security and construction industries. He evolved into a businessman, who gave favours to his customers. And, it seems, he was an excellent cook.

"My uncle would cook the most scrumptious meals for us as children. He would give us a cup of tea in the mornings, then a healthy breakfast and juice. That would hold us until dinner time. Then he would prepare a real treat," Claudia recalled.

But she was not finished with the memories of Fenton's food.

"Even on his return [from Arizona, United States, to where he was to return yesterday], Fenton cooked, on two occasions, oxtail and rice and peas, then stew peas and invited myself, Ky-mone and Kalia for dinner. He brought us roast breadfruit and salt fish one morning for breakfast."

But, alas! There would be no more treats from Francis.

Steve, the elder son, told Footprints that his father was always working and that he was a punctual man.

He was a 'father' to many others. Karen described him as a peaceful, forgiving, kind-hearted person, who would take care of children in his neighbourhood. in bidding him farewell, Claudia said, "Rest in peace, my uncle and friend. You were like a father to my brother and sisters. Rest well. May divine light perpetually shine on you."