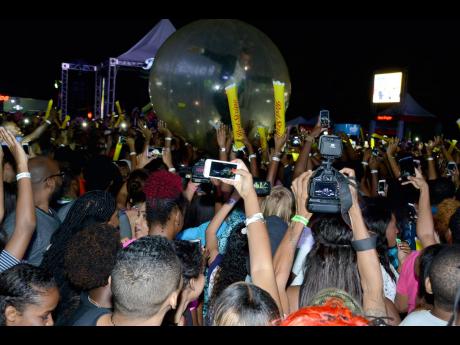 Parish councils could sign resolutions by year end which would empower them to grant extensions to permits to host entertainment events.

Junior Minister in the Entertainment Ministry, Damion Crawford, says the move is in keeping with efforts to address matters related to the Noise Abatement Act.

He says the Ministry has been working alongside the Ministries of National Security and Local Government to facilitate time extensions on permits and the establish Parish Extension Committees to facilitate this process.

The Junior Minister says Cabinet had approved the establishment of Extension Committees in 2014.

He says the Extension Committees provide more autonomy to communities and local authorities to make decisions on events happening in each locale.

Crawford says it is expected that parish councils will sign resolutions to have Extension Committees implemented by year end.

Meanwhile, the junior minister says the entertainment ministry continues to pursue the matter of event ratings.

He says the system is designed to be an indicator of expected content of entertainment events gauging references to sex, violence, alcohol use, promotion of nudity, violence, gambling and use of obscenity or otherwise vulgar language.

Crawford says 351 individuals and 45 companies have joined the Entertainment Registry.

On the matter of establishment of zones for events, he says nine parking lots have been identified for zones and seven of them have been tested.

Crawford says five of the seven were found suitable for hosting events.

He says the Palisadoes area in Kingston has already been identified as a mixed recreational/heritage zone.

Crawford was speaking yesterday at a press conference called to provide an update of the work of the Entertainment Division of the Ministry of Tourism and Entertainment.