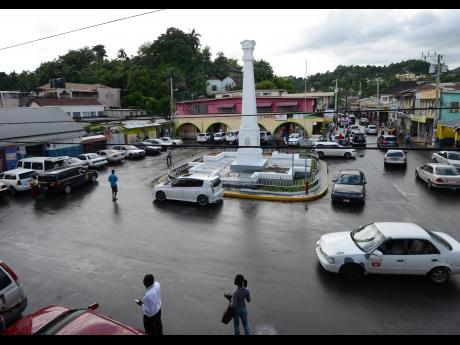 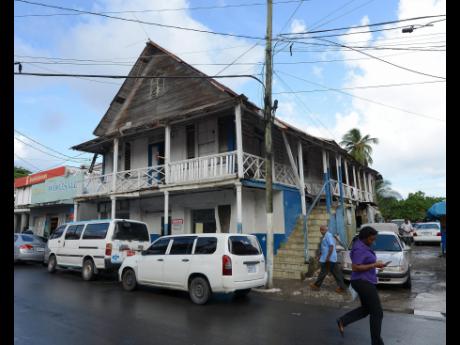 Tourism, agriculture, the creative arts and business outsourcing have been identified as the drivers which could give an immediate fillip to the economy of the sleepy town of Port Antonio, the capital of Portland.

A mere 100 kilometres from Kingston, Port Antonio enjoyed its boom during the 1940s to 1960s when it was a holiday getaway for wealth Americans and Europeans and the lead port for the export of the 'green gold' - bananas.

But over the years, hurricanes have been unkind to the banana industry, while Montego Bay, Negril and Ocho Rios have taken over as the tourism destination of choice in Jamaica.

The demise of the town was compounded by the poor roadway leading to it from either the north or east coast and the failure of the State to upgrade the Ken Jones airport to access large commercial jets.

But key stakeholders in the town are confident that Port Antonio is a diamond in the rough, and with the North Coast Highway completed and plans in place to create an East Coast Highway, travel to the town should soon become easier.

The stakeholders told a recent Gleaner Editors' Forum that with sufficient efforts by State and private-sector interests, Port Antonio could see economic growth to rival any other town in Jamaica.

"I think it is incumbent on the private sector to take the baton and run with it," said businessman Gordon Townsend.

"It seems in Port Antonio we have sat back waiting on the Government to make things happen. If you look back 40 years, things have happened; we have one of the nicest marinas in the Caribbean, but nobody knows about it," added Townsend.

He argued that with a little bit of effort, the marina in the heart of the town could attract boat owners who are now travelling to Florida for repairs.

"But who is going to bell the cat? I know it will not be politics because 120 years ago Port Antonio had the largest hotel in Jamaica, the Titchfield Hotel, and today if you take stock from a tourism point of view, we have lost it," said Townsend, as he pointed to organically grown bananas and cottage industries as possible winners for the town.

For chairman of the Port Antonio Resort Board, Larry Robertson, the failure to properly market the town as a tourism destination has hurt its economy.

"The tourism dollar that goes into marketing does not focus on Port Antonio and we need to fix that," said Robertson, as he argued that agriculture and agro-processing could also drive the town's economy.

"Agriculture can play a major role also, and we have empty factory space that have been there for years underdeveloped and unoccupied, and those could create employment," said Robertson.

He argued that in Montego Bay, St James, it is the private sector that is driving the economic growth, and a similar move is needed in Port Antonio.

Businessman Errol Hanna is spending his money to expand his business in the town with Cliff Hanger Restaurant and Lounge offering first-class service, and he is now building a hotel, confident that with some work Port Antonio will enjoy an economic boom.

"Agriculture and tourism are the only things we can rely on, and they both go together," said Hanna.

"Now both industries face challenges, but the accessibility and the marketing of Port Antonio are needed. The Government has a big role to play with the roads, and it needs to do what it must do to allow the private sector to flourish," added Hanna.

In the meantime, president of the Portland Chamber of Commerce, Daneyann Thomas, said the failure to forge strategic partnerships involving the Government and private-sector interests has stymied the economic growth of Port Antonio.

"The Chamber is now even more committed to partner with the Government," said Thomas, as she pointed to the numerous opportunities in the town.

"I think what the chamber is going to be jumping on, and what could be a very good idea, is to help to develop what I think could be a very lucrative craft industry that could create employment. We have been looking at this idea for some time," added Thomas as she touted the prospects for Portland.

For Mayor of Port Antonio Wayne McKenzie, the parish capital has great potential in several years, with tourism as a potential driver of the economy.

"We have enough facilities like the Blue and John Crow Mountains, Navy Island, the Errol Flynn Marina and Navy Island. So if you market Port Antonio, it would be like it was the entire Caribbean you are marketing, and that is where we need to go to," added McKenzie.