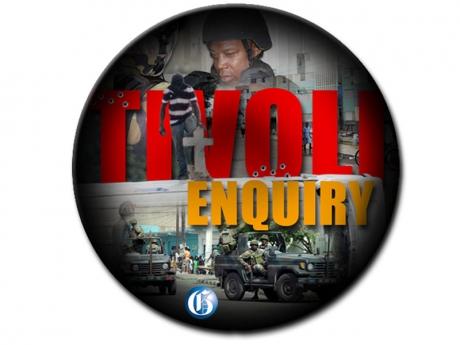 The west Kingston commission of enquiry has ruled that the Jamaica Defence Force (JDF) should turn over any after-action report in its possession on the use of mortars during the May 2010 operations in Tivoli Gardens.

However, chairman of the commission Sir David Simmons says the report would first be perused by the three commissioners before a determination is made on how it is to be treated.

Should the Defence Board decide to block the production of the report through the use of the public interest immunity clause, Simmons says provisions will be made to hear the application during the next session, scheduled for February next year.

This morning the Independent Commission of Investigations (INDECOM), supported by the Office of the Public Defender (OPD) applied for the after-action report to be turned over to the commission.

In objecting to the application, attorney for the JDF, Linton Gordon pointed out that INDECOM has been probing the conduct of the operations for several years and questioned the agency's motive for requesting the document at this time.

Gordon also pointed to a ruling the commission made in April setting out the documents the army was compelled to produce and indicated that the after-action report on the use of mortars was not one of those documents.

However, INDECOM boss Terrence Williams countered, saying the report was not among the documents considered by the commission at the time the ruling was made.

Williams insisted that the report is extremely important to the work of the commission.