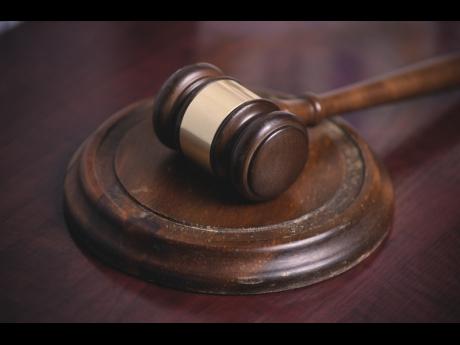 The Crown is expected to close its case today at the trial of 26-year-old land surveyor Mark Amos who is charged with five counts of manslaughter.

Fifteen witnesses have been called by the prosecution at the trial which began four weeks ago in the Hanover Circuit Court.

The trial took an interesting twist last week when the prosecution called Resident Magistrate Icolin Reid and former clerk of the courts Janelle Nelson-Gayle as witnesses to rebut the testimony of acting police inspector Vivette Angis-Jervis.

This is one of  of the first cases in which a Resident Magistrate has been called as a witness in a criminal trial and was subjected to cross examination by a defence lawyer.

Supreme Court Judge Sharon George had given permission for police inspector Vivette Jervis to be treated as a hostile witness based on her testimony.

The inspector had testified that she gave evidence at the preliminary enquiry that Amos said he was the driver.

However, Amos insisted he did not say so.

According to the inspector, she was pressured by the clerk of the courts to write a new statement to add more information.

The policewoman said RM Icolin Reid prevented her from changing her statement to say that Amos did not tell her that he was the driver.

The magistrate and the former clerk of the courts in their testimony denied pressuring the policewoman at the preliminary enquiry, which took place in 2013.

The magistrate was intensely cross-examined by defence lawyer Bert Samuels.

The Crown is alleging that Amos was overtaking vehicles when the collision took place on June 8, 2012 along the North Coast Highway in Trelawny killing five people.

Amos has denied the allegation.