Holness and Simpson Miller could do symbolic peace walks 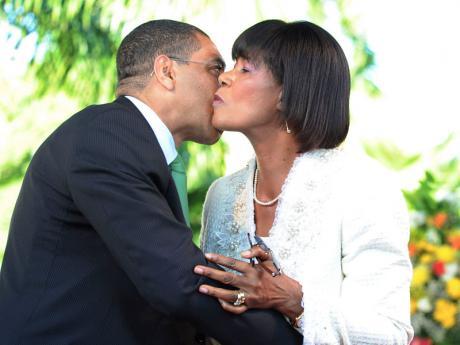 People's National Party (PNP) senior member Delano Franklyn, indicated on CVM television yesterday that the PNP has no problem with Simpson Miller and Holness doing the walks once its clear that they are in the interest of peace.

Yesterday, Holness issued the invitation to Simpson Miller during a visit to the Newlands community in Portmore, St Catherine, where two persons were killed in what is believed to be politically motivated crimes.

PNP worker, Sadie Forbes was shot dead on Tuesday, days after complaining to the police about flags near her home.

Hours after her murder, 31-year-old Nicholas Vassell, who is linked to the JLP, was stabbed to death in what some residents believe was a reprisal.

The police are yet to establish a motive for the killings.

However Senate president, Floyd Morris has alleged that the woman was killed for removing JLP flags.