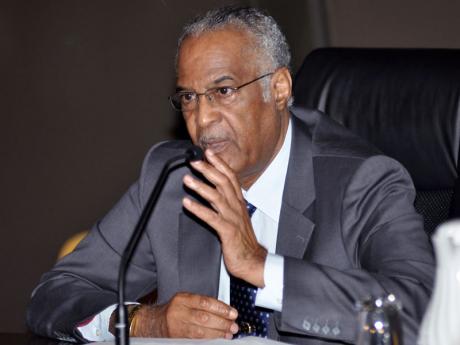 Chairman of the West Kingston Commission of Enquiry Sir David Simmons this morning raised questions about the absence of what he described as basic information about bodies found in Tivoli Gardens in the aftermath of the May 2010 operations.

The questions came as retired Assistant Commissioner of Police, Granville Gause testified about aspects of the probe conducted by the Bureau of Special Investigations (BSI), into the deaths of civilians during the operation.

Gause was the head of the BSI at the time.

He testified that he instructed his investigators to visit the Kingston Public Hospital to process several bodies that had been removed from the area of operation and taken there.

It was at this point that Simmons questioned whether BSI investigators would be required to ascertain certain basic information such as where bodies came from, who found them, when they were found and whether anything illegal was found near the body.

Gause agreed that such information would be important to an investigator and said those questions were asked and answers given.

However, he said the BSI was not allowed to pursue the probe as it was later turned over to the Independent Commission of Investigations.