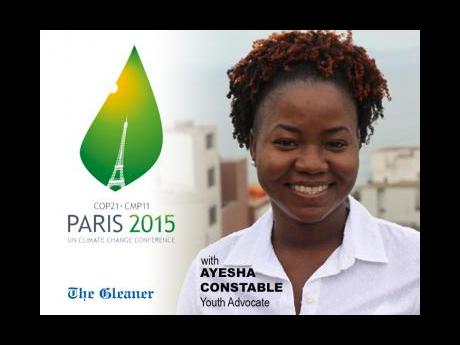 There are concerns that rich developed countries could be offering attractive financial deals to developing and small island states to drop their demands for global warming to be limited to 1.5 degrees Celsius for the rest of this century.

Developed countries want a warming limit of 2 degrees Celsius to be included in the final agreement for the 21st UN Conference of Parties (COP21) now underway in Paris.

But Caribbean negotiators are insisting that global warming be limited to 1.5 degrees Celsius by the end of this century.

Anote Tong, President of Kiribati, one of the states which championed 1.5 target, implied that he might be willing to consider a 2 degrees Celsius target, following a meeting with US President Barack Obama.

It's reported that the creation of an insurance scheme was among the discussions. There's been no confirmation from the US delegation.

Meanwhile, the Caribbean has adopted the slogan ‘1.5 to stay alive’ to press its demand for the 1.5 degree Celsius limit.

Although just gaining momentum, the campaign and its tagline were first unveiled in 2009 by the Alliance of Small Island States in the lead up to the 2009 United Nations Framework Convention on Climate Change COP talks.

The campaign has received significant support from regional youths and is being pushed by social media mobilisation and climate change activists from organisations such as Panos Caribbean, a regional group that advocates for sustainable development.

Although science shows that a 2 degrees Celsius rise in temperature will have devastating impacts globally, especially on small-island and low lying states, many fear that developed countries will succeed in getting that limit passed in the final COP21 agreement.

"Much of the research has been done on the 2 degrees Celsius because that was what some countries decided would have been the threshold but a subsequent review showed that it was too high", said Chrispin D’ Auvergne, St Lucia’s Chief Sustainable Development Officer in the Ministry of Sustainable Development, Energy, Science and Technology.

The Intergovernmental Panel on Climate Change has shown in its work that to ‘save’ the earth, warming should be limited to below 1.5 degrees Celsius.