Holness promises to release financial records and health details too! 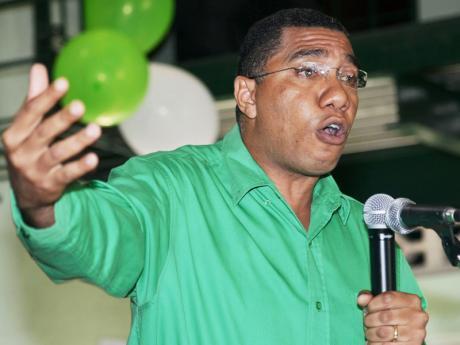 Holness, who is also the Jamaica Labour Party Leader made the declaration in tweet from a constituency conference in Stony Hill, St Andrew Sunday night.

Holness, who is also the Jamaica Labour Party (JLP) Leader made the declaration in tweet from a constituency conference in Stony Hill, St Andrew Sunday night.

"When I release my financial records I will release my health record too!" the tweet read.

It came weeks after the Finance Minister Dr Peter Phillips said Holness should release his financial information amid questions about the funding of his Beverly Hills mansion. Holness, however, did not give a date for the release of the records.

Phillips in demanding Holness' financial record last month said he was not raising the question of integrity but noted that as Opposition Leader, Holness gets a report from Parliament's Integrity Commission, which he should consider making public.

The Finance Minister did not make the same demand of Prime Minister, Portia Simpson Miller, who also gets a report from the Integrity Commission.

Holness' Beverly Hills mansion has dominated discussions at several of the PNP's mass meetings over the past two months.