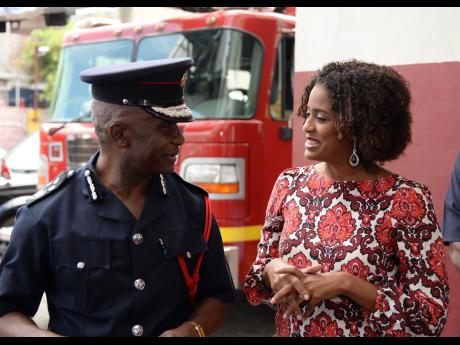 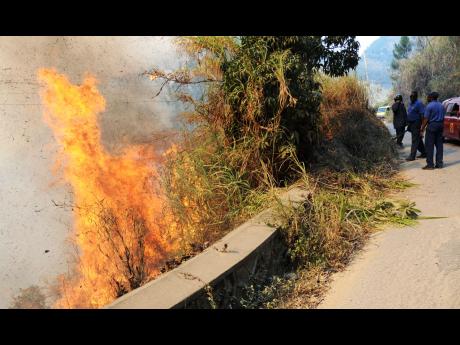 Recently installed People's National Party (PNP) candidate for the East Rural St Andrew, Imani Duncan-Price, has been roped in to join the fight to get farmers in the constituency to stop using the slash-and-burn method to clear their fields.

Duncan-Price last week sought to justify the use of slash-and-burn technique used by farmers in the Mavis Bank area of the constituency she is seeking to represent, even as she agreed that this could have negative consequences.

"I know sometimes, living and working in Kingston you can't imagine just how beautiful our country is, and how the actions that we take at the community level can so easily besmirch, unintentionally taint, unintentionally destroy," said Duncan-Price at launch of the Community Bush Fire Management Education Programme.

This is a pilot project being funded by the British Government and is being implemented by the Jamaica Fire Brigade in Mavis Bank, St Andrew, and Nain in south St Elizabeth, simultaneously.

"The Mavis Bank division is one of the most verdant places, green and beautiful, in Jamaica ... (with) hard-working farmers waking up at three o'clock in the morning and getting out there by 4:00, 4:30.

But Assistant Commissioner Sean Martin, the officer in charge of fire prevention at the Jamaica Fire Brigade, used the opportunity to show Duncan-Price the urgency of reducing or stopping altogether this traditional method of land clearing.

He noted that under the project, farmers and other community members would receive training in the use of practical, alternative systems.

"The programme is aimed at increasing awareness and building the capabilities of community members and farmers in alternative techniques to slash and burn, precautionary measures to prevent damage to crops and livestock, as well as bushfire life- safety tactics," said Martin.

"We are not just going to say, 'Do not light fires.' We are going to give them alternatives to lighting fires. We'll tell them how they can go about preparing the land without slash and burning; we'll tell them about mulching, which is why we are collaborating with so many other agencies. We are partnering with people who can give them alternatives."

Slash and burn is typically used as a method for clearing forest land for farming, in which existing vegetation is cut down and burned before new crops are planted. The resulting ash provides the newly cleared land with a nutrient-rich layer to help fertilise crops. However, the land only remains fertile for a couple of years before the nutrients are used up.

Deforestation is among the many problems resulting from this technique, along with loss of habitat and species, as well as an increase in air pollution and an increase in the release of carbon into the atmosphere. Soil erosion, which usually precedes landslides and water contamination, is also an adverse effect.

Some 367 hectares of forest was damaged as a result of the spate of forest fires which affected the Mavis Bank area in May.

In the meantime, David Fitton, British high commissioner to Jamaica, explained why his country was willing to fund the pilot project, even though it does not fall in its usual range of development activities.

"The commissioner and his colleagues came to us with such a good project (proposal). When we looked at it we decided we did want to support it. I admit the amount (£7,000) is not very large. It's what one of my colleagues called a small drop in a fire bucket but it is designed to begin the programme," he said.

Fitton noted that Britain' support was in keeping with a directive from Prime Minister David Cameron that the former colonial power re-engages with Jamaica on a number of levels. "I think this is a fine example of re-engaging at the local level," he said.