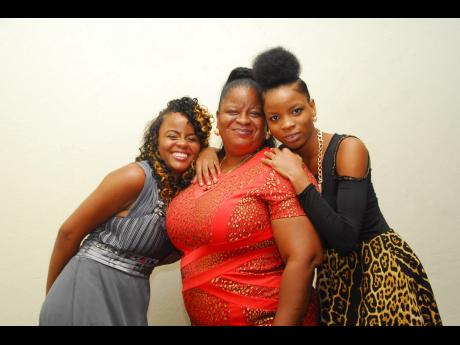 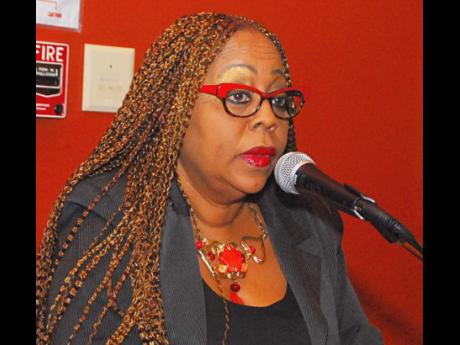 Coal vendor Ingrid Graham considered the 17th birthday of her younger daughter a major milestone because it meant that both her girls had not repeated her mistake of becoming pregnant at 16 years old.

What is even more encouraging for the 44-year-old mother of four is that her girls, who are now 17 and 20 years old, voluntarily signed up for a National Family Planning Board (NFPB)-organised 10-week gender-empowerment workshop in their Parade Gardens community in central Kingston.

The workshop was aimed at improving the awareness of HIV and sexual reproductive health of adolescent girls and young women through empowerment and the reduction of gender inequalities.

"Most of the teenagers, them drop out of school and get pregnant, so I was just praying they didn't get pregnant in their young age," said the mother, who beamed proudly at her daughters during their graduation from the programme last Thursday.

Executive Director of the NFPB Dr Denise Chevannes noted that during the graduation ceremony at the Jamaica Conference Centre, Parade Gardens was the third community to benefit from the gender-empowerment workshops.

Jones Town/Rema in South St Andrew and Golden Grove in St Thomas are the other communities where workshops also designed to reduce Jamaica's adolescent pregnancy rate have been held.

The NFPB is the agency responsible for family and population planning as well as HIV prevention.

"Part of the objective of the project is to increase knowledge and awareness as well as to empower young mothers, adolescent girls, and young women from marginalised communities to be able to identify methods to prevent HIV and sexually transmitted infections and pregnancy," said Chevannes.

"When people don't have certain economic resources, it reduces their opportunities to advance themselves in life," added Chevannes.

One of the project's participants, Jazzele Francis, said getting pregnant at 15 years old was very stressful for her as it meant dropping out of school.

The now 20-year-old Parade Gardens resident believes that the project has equipped her to make better decisions.

"It teach me a lot of things and it makes me feel more confident about how to protect myself when I am going to have sex because I know my rights," said Francis.

Grief for girls! - More than 32% who had sex before 15 years old were forced
HIV surge - Young Jamaicans drive up numbers
Married women more at HIV risk than prostitutes - Chevannes
‘Barefoot and pregnant’ - Some Jamaican men causing their women to hide their use of birth control
Resource constraints slow family planning agenda