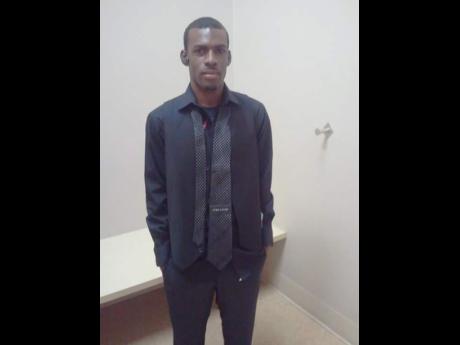 Remembered as a frank, jovial and tolerant man, Micah Allanoi Rowe was born on December 6 in 1982.

His parents, Sheila Harrison and Louis Rowe, played a tremendous role in helping him to become the kind-hearted and upstanding person he was.

Micah was always willing and helpful.

He was never someone to give the run around; he was always truthful.

"He was frank and to the point, but he held no hard feelings," Harrison said.

Micah was too jovial to hold grudges.

"As a child, he was always happy and he never let anything bother him and that's how he remained," she added.

Micah was characterised as tolerant because he would get along with anyone "from the big man to the little man," his mother said.

These characteristics helped him to be the respectful and loveable person he was.

Micah grew up and lived in Black River, St Elizabeth and he attended the Santa Cruz Primary and Junior High School and then he went to the Lacovia Comprehensive High School in the parish.

He worked as a psychiatric nursing aid at the Black River Hospital before he passed away on October 20.

Micah would have celebrated his 33rd birthday on Sunday. As the day approached, his family was revisited with emotions of sadness and emptiness due to his passing. His mother reflected on the things he enjoyed doing like driving cars.

"He was a lover for cars and this was from he was a baby. He would drive a bucket or an imaginary car wheel," she remembered.

Micah Rowe leaves behind his two-year-old son Micah Jr and 11 brothers and sisters, his mother and other family and friends.