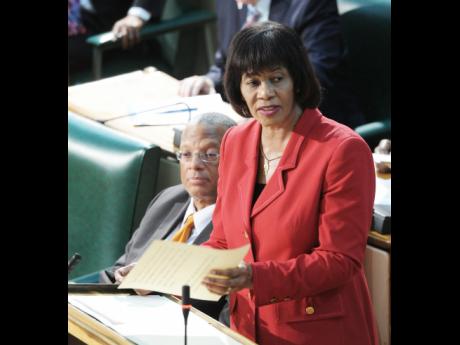 A sexual harassment bill has been tabled in the House of Representatives which seeks to outlaw sexual intimidation, coercion and pestering in the workplace, institutions and in landlord-tenant relationships.

Prime Minister Portia Simpson Miller today moved the motion which led to the tabling of the ground breaking bill.

However, debate on it will not begin until next year as the Parliament will go on Christmas break next week.

Sexual harassment means the making of any sexual advance towards a person, by another person, which is reasonably regarded as unwelcome, offensive or humiliating by the person towards whom the advancement is made.

The bill proposes that a Sexual Harassment Division be created at the Industrial Disputes Tribunal to hear cases of harassment brought by an employer or a worker.

A case of sexual harassment may also be brought in the civil division of the Resident Magistrate's Court.

Claims in respect of sexual harassment at institutions or within the landlord and tenant relationship are to be brought in the civil division of the Resident Magistrate's Court.