Tariq Malik and his beast, the Ferrari Italia 458 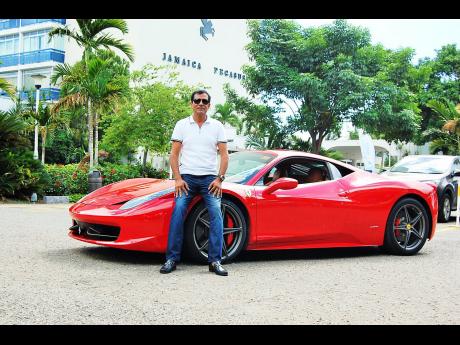 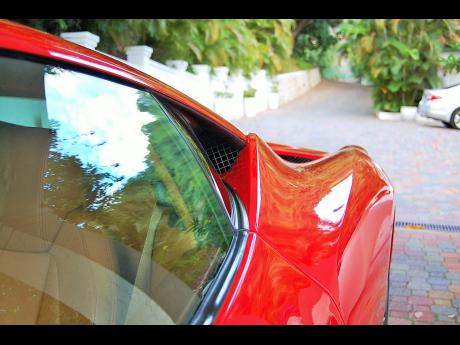 Kareem Latouche
The vents at the side guide the air to the dual clutch transmission for extra cooling. 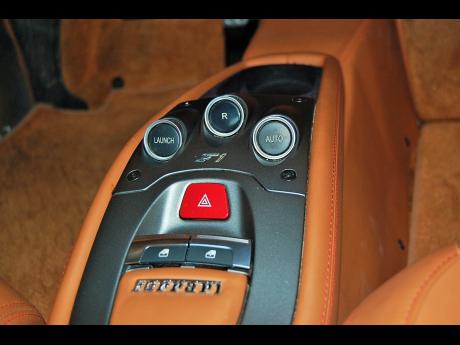 Kareem Latouche
The Italia 458 does not come with the option for a traditional manual transmission. 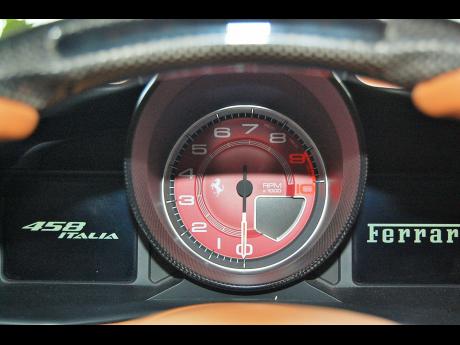 Kareem Latouche
Apart from the tachometer, all the other gauges are displayed on LCD screens. 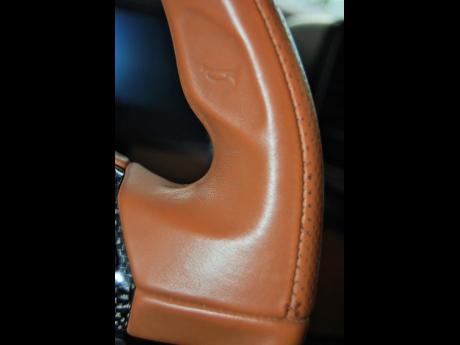 Kareem Latouche
The horn is embedded along the circumference of the steering wheel. 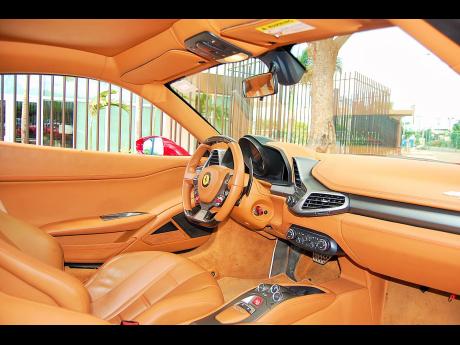 Kareem Latouche
The interior is handcrafted with a two-toned theme. 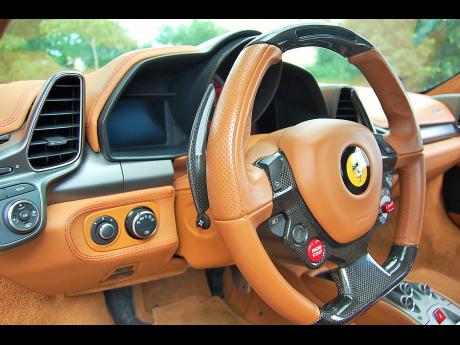 Kareem Latouche
Carbon fibre is used throughout the interior, especially on the steering and the paddle shifters. 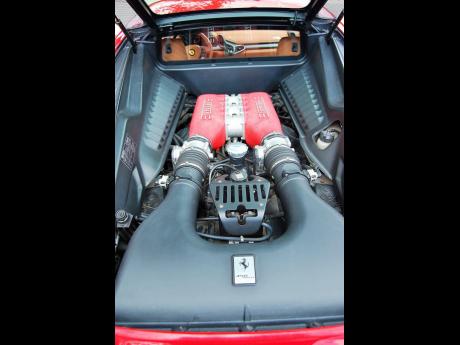 Tariq Malik is a very calm and composed person who doesn’t seem like the type to shout unnecessarily just to make a point. In his mind, actions are the loudest statement you can make. Surprisingly, he doesn’t come off as proud either, far from it.

His demeanour is very pensive and calculated, always pausing to think before responding to a situation. It’s also a sign that there are deep-rooted philosophies that guide his actions – from the simple to the complex.

Perhaps it’s this type of mentality that makes him say, ‘If you are going to buy a car, buy what you love.’ For him, this was the Ferrari Italia 458.

Manufacturing this car has been one of Italy’s most famous accomplishments. Founded by Enzo Ferrari in 1929, his performance machines did not gain fame until 1947 when the company started making fast street-legal vehicles.

Where the 458 is concerned, the company focused on precision and performance. The body was designed for aerodynamics, with multiple air vents, some of which guide the air along the side of the car to provide extra cooling for the dual-clutch transmission.

In addition to these features, the interior design was heavily influenced by past Formula 1 champion Michael Schumacher, who ensured that everything was driver-centred for maximum performance.

For example, the steering-mounted controls do not allow the driver to answer calls or adjust media settings. Instead, there is an option to change the driving modes and the firmness of the suspension.

Now back to Malik, an automotive mechanic by profession who did his degree in diesel technology. He also complemented his degree with a bevy of other automotive-related courses at institutions in Pakistan and England.

His love for cars can be traced to his childhood years. "Back in Pakistan, my uncle had luxury American cars and he would take me out in them, which was an exciting experience," revealed Malik.

Armed with a very high mechanical IQ, he was quick to give his input whenever there was any misconception about the Ferrari. While driving, the brake pedal felt soft initially, then firm after a couple minutes. I quickly said to him, "Is there something wrong with the brakes? Does it need servicing?"

He then calmly responded, "This brake system is not the regular disc pads. These are ceramic discs which feels different based on the temperature, as well as the need of the driver. You'll get use to it."

As we continue our journey around town, he begins to reveal a plethora of thoughts. First, his love for Jamaica. "When I came here in 1983, I was working with Honda, then I worked with Crown Motors and was instrumental in establishing their facilities on Hagley Park Road. During this period, I fell in love with Jamaica and decided to live here," said Malik.

He then begins to go a little deeper, giving his reason for buying this car and driving it here. "Many persons don't believe they should be driving a nice vehicle in Jamaica, even if they can afford it. Investing in your country, whether through a car or house, is a symbol of hope. It lets people know you are interested in making life here," revealed Malik.

The Ferrari now becomes the interview room, as it's clearly a comfort zone for him. This also means I have to slow down the car to ensure the engine noise doesn't drown out our conversation. We then segued into his love for exquisite cars.

"When I started Carland, I had a Porsche 944 Turbo, which is a nice car. Admittedly, I haven't driven it in about three years because of the Ferrari. This car is a driver's dream. I remember going to St Ann once. I was having so much fun driving it, I ended up driving past my destination and headed straight to MoBay. Then I took a U-turn and headed back to St Ann," joked Malik.

Noticing my slow driving pattern, he looked at me and said, "This thing is a beast! What are you doing? Feel the acceleration!"

Not one to relent on an offer like this, I pressed the gas pedal halfway down and the car goes into rapid acceleration from the bottom of South Camp Road to Sabina Park. At this point, wind resistance has pinned us to the back of our seats, as the car moved from zero to 100km/h in about three seconds! Thoughts of caution ran rampantly through my mind, 'What if the tyre burst?' 'What if someone carelessly jumps in the road?'

With so many concerns, I reverted to the old me and tempered my acceleration. Malik then interjects, "The truth is, there is no fun in constantly driving a car like this at 200 km/h, it's just too fast. The excitement comes when you are overtaking or manoeuvring the car in tricky situations."

I agree. The power is almost frightening.

Malik is the owner of one of the island's largest new and used-car dealers, Carland, which started as a garage facility, then in 1986 expanded into automotive sales. "If I wasn't selling cars, I would be making them. It's this desire and skill set that gives me an advantage to select vehicles that are reliable and of high quality to sell to customers," stated Malik.

His business, now on the verge of its 30th anniversary, started with eight vehicles, and has grown to a fleet of about 400 vehicles. An accomplishment he is very thankful for, especially when he remembers some of the rocky years during the 1990s.

"There was an initial frustration because there was always a high demand for vehicles, but the supply was low because you couldn't import used cars before 1996." He further elaborated. "It was also challenging going through the different financial breakdowns such as FINSAC."

By this time, we were heading towards New Kingston and I had to ask some obvious questions. "Who services this car?" He simply responded, "Me. If I need a part, I just order it online."

My next question was about our petrol supply, the highest level being 90 Octane. Most cars of this calibre use 97 Octane 97. "You won't get the optimum performance out of this car with the petrol we have, but that doesn't mean it's going to be much slower," said Malik.

Surprisingly, the low ground clearance was not a big issue. Perhaps it's because I've driven in many locally modified cars that are lowered by the owners. Malik also added, "I have driven this car all around Jamaica. You just have to be cautious with potholes."