Footprints: Delmar Warrington Newman - The man from the hills 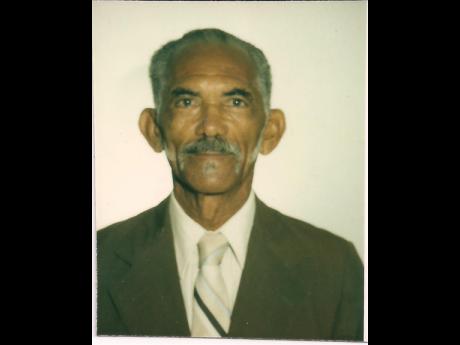 Delmar Warrington Newman passed away surrounded by his immediate family at his daughter's home in West Palm Beach, Florida, on Wednesday, November 25 at age of 86.

Newman was born on April 1, 1929, in Guys Hill, St Catherine, the fourth child and only son to loving parents, Gwendolyn and Gilbert Newman.

As a young man, Newman made a reputation for himself. His specialty was driving a truck full of produce and market people up and down Devil's Race Course with absolutely no brakes! After owning his own truck for several years, Newman purchased property and became a farmer in Springfield District, St Catherine.

Newman moved to Florida in the late 1960s and was a beloved member of the North Miami Seventh-Day Adventist Church until his passing. In 2006, Delmar returned to Springfield district to resume his farming.

He recently visited America, where he was diagnosed with an aggressive form of lymphoma.