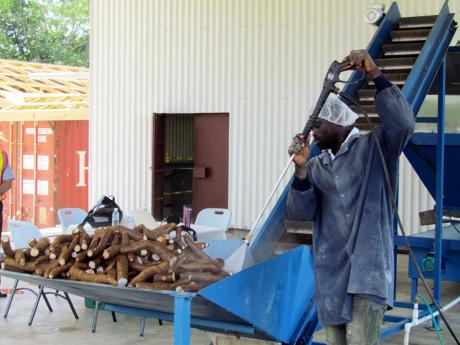 File
The Food and Agriculture Organization says it is on the cassava bandwagon because it feels that cassava is one of the most climate resilient crops. 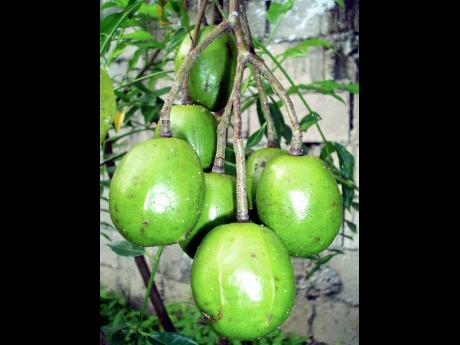 A publication by the Food and Agriculture Organization of the United Nations (FAO), has painted a damning picture of the Caribbean's efforts to address food security and nutrition.

State of Food Insecurity in the CARICOM Caribbean is the title of a 2015 publication by the FAO, released on October 16, World Food Day, which also was the agency's 70th anniversary.

The executive summary, with the subtitle 'Meeting the 2015 hunger targets: Taking stock of uneven progress', also highlights deceptive claims in respect of strides being made in this regard. The publication is seminal in that it addresses for the first time, the issue of insecurity specific to individual countries, as well as the region as a whole. And the findings are disturbing, according to Dr J.R. Deep Ford, FAO co-ordinator for the Caribbean region.

One such example is that, with the exception of Haiti, in all 13 other Caribbean countries, citizens eat much more than they need, on average, on a daily basis. This is a matter of concern for the FAO, as Dr Ford pointed out.

Add to that, the fact that claims of progress in achieving the four main pillars - availability, accessibility, utilisation and stability - pivotal to addressing in a long-term, sustained way, food and nutrition insecurity, are either exaggerated or altogether inaccurate.

The first area, especially, is one in which successive governments continue to fool themselves, the FAO has opined.

"We've lost our productive capacity in a lot of our countries. The truth is that we used to produce more fruits and vegetables per capita, in the 1960s and '70s, than we do now. Which means that we are producing maybe more, but we got higher populations. But in those days, we produced a lot more per person than we do right now."

This preference for imported foods has and is being fuelled by subtle changes in consumptions patterns over the decades, which have now become a way of life for many.

"For years and years in the Caribbean, what we had at Christmas were apples and grapes, but you had it only at Christmas. Now it is almost every day, consumed throughout the year and it has replaced many of the wonderful fruits, like sapodilla, like soursop and like golden apple (June plum), and so on, which were a part of our weekly basket that we brought home from the supermarket," the FAO executive lamented.

"St Lucia, for a long period of time, consumed more poultry meat per capita than anywhere else in the world - believe it or not. And they say that we produce all the poultry we need. This is the greatest fallacy that you can imagine because all the poultry that they are producing are all eating imported corn," Dr. Ford disclosed.

Accessibility, the second pillar as determined by the FAO, is the ability to purchase food and that has far-reaching implications in terms of providing employment. However, with the region suffering significant economic fallout from the decline in earnings from banana and sugar, as well as strictures from the World Trade Organization, the region has been slow to find appropriate responses.

Here is the FAO's take on this issue. "When we look at the unemployment rate in our countries today, we see high levels of unemployment, about 20 per cent on average, across the region. When we look at youth employment, we see even higher levels of youth unemployment and we have to ask ourselves the question, 'How are we gonna generate the jobs for the youth?' And we don't have a good answer," Ford admitted.

"I am saying that a part of that answer is in agriculture and agriculture is not where we are putting our public policy. When we look at the funds allocated to agriculture. We talk about the youth not being employed, but we not really doing anything about it because most of those youth are in rural areas and they are coming into the cities; and we've got to keep them and give them viable opportunities in rural areas."

The issue of stability has been influenced by natural disasters, which has wreaked havoc with traditional crops, such as banana, and spurred a refocus on traditional foods such as roots and tubers, which have greater climate resilience.

"This is why FAO is on the cassava bandwagon because we feel that cassava is one of the most climate-resilient crops. We feel that we have to put farming systems down that when a heavy rain comes through, all the trees don't fall over or the land doesn't flood."

Dr Ford explained further: "If you are going to lose your crops you don't have crops to eat, to market, or otherwise. So we feel that putting a lot of effort on what we call disaster risk management and preparing for climate change is a part of what we must do. If I can identify three areas that FAO is going to be focusing on in the next two years, one is nutrition, one is disaster risk management and climate change, and the third is policy."