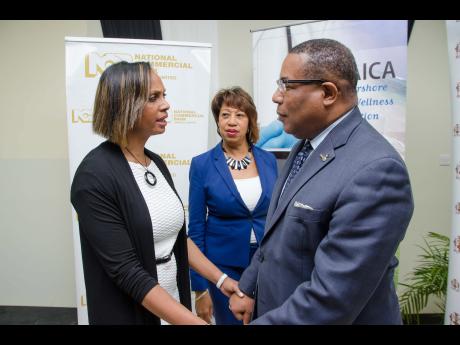 Industry, Investment and Commerce Minister Anthony Hylton says that the Government will continue to promote and facilitate investments in the very lucrative medical-tourism sector.

Medical tourism refers to persons travelling to another country for medical care based on affordability.

Speaking at a lecture on medical tourism at the Caribbean School for Medical Sciences in Kingston on Wednesday, Hylton indicated that a draft Medical Tourism Policy paper - with recommendations on national standards, legislative changes, and a marketing framework for the industry - already existed.

"The Government's intention is for this policy to be passed in 2016, thus giving the industry the support required to move to the next level," he said.

The minister added that the Fiscal Incentives Act of 2013, which is a new fiscal framework introduced in 2014, provides for reduced Customs and stamp duties, corporate income tax rates, as well as a list of items that can be brought into the island duty-free. These incentives are available to both recovery hotels and medical and wellness facilities.

He indicated to the audience of physicians and other healthcare professionals that the sector has already gained a fair share of investment in the form of the Hospiten Group.

The US$20 million, 16-room, 28-bed facility located at Cinnamon Hill in Rose Hall, Montego Bay, is expected to employ between 120 and 130 persons.

Hylton said that the country had been ranked second as the most attractive country for medical tourism, based on a 2014 index, and as a result, the country stood to benefit tremendously.

"In terms of competitiveness, in most cases, Jamaica provides a significant price advantage over the cost of surgery in the United States. In terms of heart bypass, while prices in Jamaica are much higher than India, they are on par with Colombia and slightly less than Costa Rica and Mexico," he said.

For her part, President of Jamaica Promotions Corpora-tion (JAMPRO) Diane Edwards said the agency had established a National Steering Committee to develop a strategy for medical tourism.

According to Edwards, diagnostics, surgery, and dentistry represent "low-hanging fruits" that can be tapped, and members of the diaspora are primary targets.

Concurring with the JAMPRO head, Watson said that dentistry, diagnostics, and surgery represented some of the areas that could be tapped to achieve success in the sector.

She also said that members of the diaspora, who travelled together with friends to the island, should be targeted.

Watson emphasised that the private sector should drive growth in the sector, not the Government.

The lecture series on medical tourism was facilitated by JAMPRO.