Sip for your health 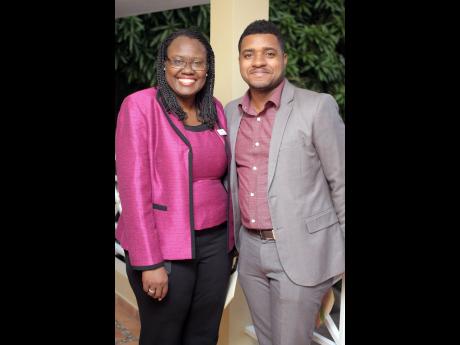 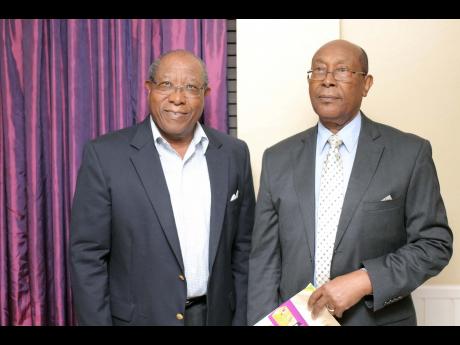 Herbert Lowe (left) shows some support to his brother, Dr Henry Lowe, at last week’s launch of the new line of teas.
1
2

Jamaican teas are fast-brewing and are predicted to be the beverage of choice for all tea lovers around the world.

With 85 per cent of their tea brands exported last year, World Brand Services and E.G. Wellness Brands are leading the Caribbean tea industry with their Eden Gardens Nutraceuticals Wellness Teas.

Offering a variety of eight different fusions of traditional Jamaican 'bush teas', including bissy, moringa, cinnamon, and guinea hen weed, each tea bag has been scientifically processed to seduce any tea lover's palate.

"Drinking a cup of any of the Wellness Teas is a sip to your health," comments executive chairman of E.G. Wellness Brands Limited, Dr Henry Lowe.

"Eden Gardens Nutraceuticals Wellness Teas is putting Jamaican teas on the map. The ingredients inside each tea bag is the secret to good health. This has been Jamaica's best kept secret. Our teas will change the lives of people."

The dedicated scientist told The Gleaner at the recent launch of the teas, "We have successfully found a safe, scientific way to process the teas, eliminating any diseases, which are often found on various herbs and plants commonly called 'bush-tea' and made it healthy to drink."

He explained that traditionally people often went to the "bush to pick tea leaves". however, due to a lack of knowledge, many folks failed to "wash away the viruses, fungus and bacteria often found on plants along with insects and vermin faeces", he said.

"People pick what is known as bush for tea and they don't know what they are taking into their body and sometimes this is why people become ill or their health does not improve. We have eliminated this reoccurring dilemma. People no longer need to worry because we have come up with a safe, healthy, perfect brew."

Echoing Dr Lowe's sentiments, Suzette Townsend, marketing and commercial manager for the company, whose favourite tea is moringa and cinnamon, told The Gleaner, "We are the organisation that pioneered the nutraceutical industries in Jamaica and the rest of the English-speaking Caribbean. Through our research company, Bio-Tech R&D Institute, the scientific arm, we have taken the traditional formula from what our foreparents taught us over generations and successfully made it into a commercial product."

Another unique selling point about Wellness Teas, Dr Lowe said, is that the bitterness is because the teas are infused with ginger or cinnamon. Jamaican teas have the benefit of addressing numerous aliments such as chronic inflammation, hypertension, cancer and diabetes.

The line of teas will soon be available in all major Jamaican supermarkets, and the first Jamaican tea shop is also coming to Eden Gardens next year. All teas from Jamaica, ranging from cocoa to coffee to bush teas and exotic teas, will be available, including, soon to be on the market ganja tea. The latter will not produce a high but rather a mellow feeling.

"Just as Americans go to Starbucks for their coffee, Jamaicans and tea lovers will come to Eden Gardens for tea."