St Mary: Help being sought from police and MP to clear the streets 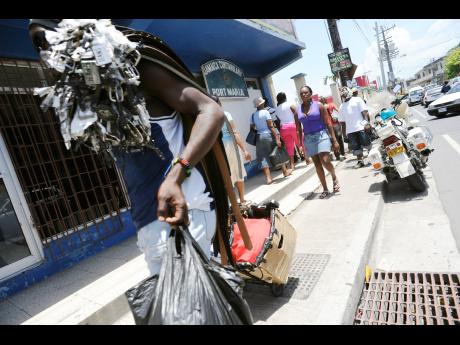 Ricardo Makyn
A vendor makes his way across a street in Port Maria, St Mary. 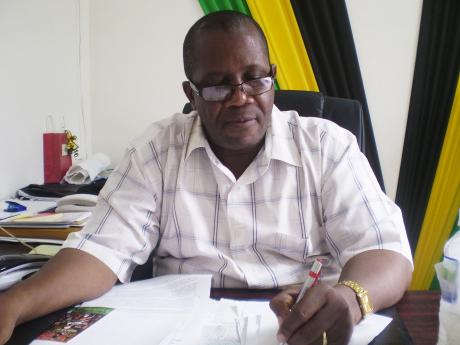 Mayor of Port Maria Levan Freeman has written to the police and Member of Parliament (MP) Dr Morais Guy, in a bid to get help for the St Mary Parish Council's drive to address the town's long-standing traffic congestion issues before the festive season.

According to Freeman, buses, taxis and passengers navigating the town rarely use the authorised transportation centre, preferring instead to use Hi-Lo Supermarket's car park and the main thoroughfare, which causes frequent bottlenecks.

"Yesterday evening, I wrote to the officer in charge and sent copies to the MP Dr Morais Guy and the assistant commissioner in charge of the area, stating my disgust at what is taking place in the town. It's a free-for-all, they stop, pick up, and unload anywhere, and it's causing chaos," Freeman told The Sunday Gleaner.

"Around two weeks ago, the council met with the police, some of the vendors, and other stakeholders in Port Maria to ensure we're on the same wavelength. There are complaints the market is not in good condition, but I can assure you the roof has been done, the bathroom is in good condition, and some painting is to be done.

"The council has designated vending area for dry goods, but in terms of farm produce, the market is the only destination. People should soon see some beautification in terms of the cleaning of drains, the bushing of thoroughfares, and the whitewashing of some areas because we want to give the town a facelift."

According to Freeman: "In Highgate, my deputy met with business people and other stakeholders and arranged specially designated parking areas. The superintendent should get the area bushed, cleaned up, and we're going to ask the Jamaica Public Service Company to put up two temporary lights so people shopping over the festive season will have ample and proper parking.

"In Annotto Bay, we'll be utilising a private space in front of NCB for parking, and the police have committed to assist us to ensure that people don't block the roads and designated vending areas. It's more or less the same thing for the Gayle area in terms of collaborating with the police and other stakeholders to ensure we have a wonderful festival season."