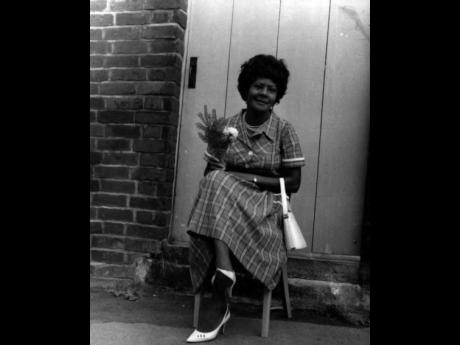 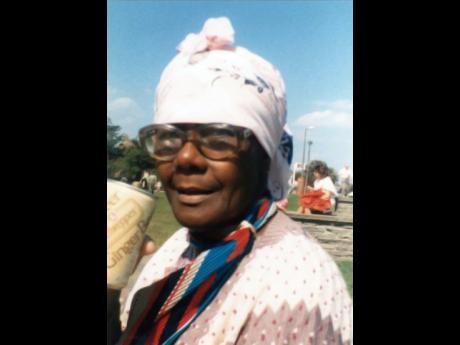 Contributed
Bernice Wallace on a summer day out. 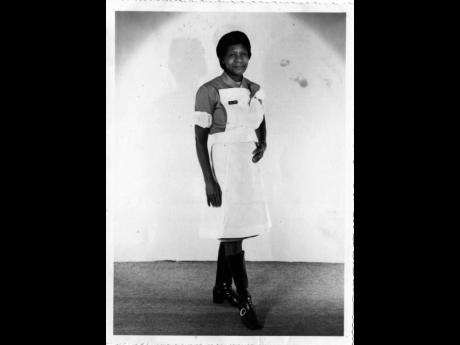 Contributed
Bernice Wallace in her heyday as nurse.
1
2
3

SITTING in her front room after returning home from church, Bernice Wallace says she's tired. As she and her friend, Rhoda, both enjoy a cup of tea, the Jamaica-born pensioner, affectionately known as Mother Wallace, says: "Mi nah go back ah evening service. Mi tired."

Knowing how to tease, her church friend, Rhoda, replies: "Why you not going back? You backslide?"

Horrified at the suggestion, Mother Wallace quickly responds: "Alright. Mi will go back."

Even as she celebrated her100th birthday on December 8, there is very little that will keep Mother Wallace away from church.

A dedicated member of Harrow New Testament Church of God for more than 20 years, Mother Wallace, who resides in Harrow, Middlesex, is well known to the congregation as the stalwart who is always full of praise, and who often has goods to sell, and treats for the children at the end of service.

So it's no surprise that her church brethren celebrated with her as she welcomed her centenary year - first with a big party on December 5, organised by her family; then with Harrow church's senior citizens' Christmas dinner on December 9, which also doubled up as another birthday celebration.

The festivities continued on December 11 when the Harrow African Caribbean Association (HACAS) community club, which Mother Wallace attends, hosted their Christmas dinner, which also served as another celebration of the pensioner's 100th year. The event was due to be attended by the Mayor of Harrow, Councillor Krishna Suresh.

Still, Mother Wallace says she won't be purchasing any new outfits for her upcoming celebrations.

Grabbing her walking stick, Mother Wallace insisted that I follow her to her bedroom, where she showed me her clothes - endless clothes. Some hung, some in bags, some under her bed.

Born Bernice Thomas in Clarendon, Jamaica, on December 8, 1915, Mother Wallace was the sixth of seven children. Recalling her early years, she says that she was not to be messed with in school.

"When I was little, they used to call mi 'Brown'. So my sister would come to me crying and saying, 'Brown! Dem pickney ah trouble me.' I would say, 'Where dem deh?' And then I would find them and ... ."

Once again, reaching for her trusty walking stick, Mother Wallace stood up and proceeded to hit the floor with the stick, demonstrating the beating she would give her sister's bullies.

"I would beat dem up," she continued with a chuckle. "And when I was beating up one, the other ones would run away! But if my sister troubled me, mi would beat her up as well! She would then go and tell our mother - then I would get a beating. Ah so we grow!"

Years later, while still in Jamaica, Mother Wallace met and married Herman Wallace. Herman emigrated to England in 1960 and his wife joined him the following year.

The couple lived in Reading, but after several years, their marriage began to experience difficulties.

"We lived in Reading and he started to get wild," she says of her husband. "And as a Christian, I couldn't stand that. So we got divorced and he went back to Jamaica. He died in 2004."

Never remarrying, Mother Wallace says she didn't have any desire for a new relationship. In fact, she insists that having no men in her life is the secret to her longevity.

"Long life? Less men," she laughs. "Men bring worries to your life! My last intimate encounter was with my husband in 1989 - and God has kept me til now; til mi reach 100! I put my trust in God and He preserved me. So that's the secret - trust God more and men less!"

Upon arriving in England, Mother Wallace began working as a caterer, serving up meals to soldiers in the British Army base, Arborfield. She went on to look after patients at Fair Mile Hospital before moving to London and being employed as a nursing assistant at Edgware Hospital, where she worked until her retirement.

A true local heroine, Mother Wallace, who has one daughter, one granddaughter, and three great grandchildren, has done several media interviews in the run-up to her 100th birthday; some with local press and one filmed interview for a Jamaican TV network.

"I've enjoyed them all!" she exclaims.

Still, Mother Wallace is used to receiving official recognition. Last year, for her 99th birthday, she received a special letter from the Jamaican High Commissioner to the United Kingdom, Her Excellency Aloun Ndombet-Assamba.

"See it there," she said proudly, while pointing to an envelope on her windowsill. "That's my letter from the high commissioner."

Despite the well-deserved excitement surrounding her 100th birthday, Mother Wallace insists she doesn't require any presents.

"I don't need a thing," she smiles. "I want nothing except joy and love and peace."

The Voice would like to wish Mother Wallace a very happy 100th birthday.