Jose Marti past students give back 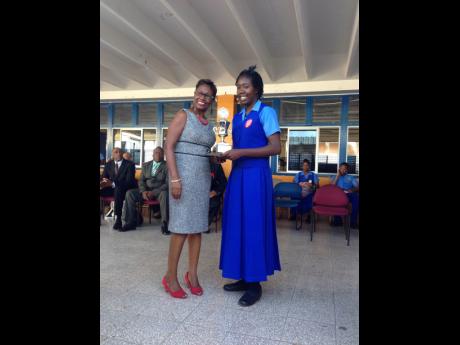 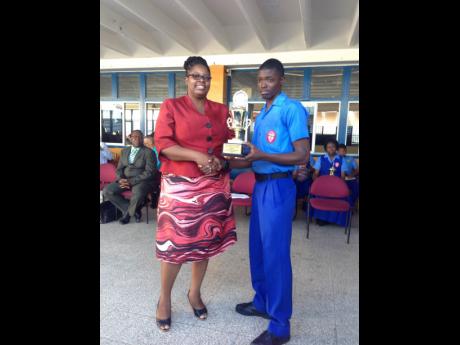 The JosÈ Marti Technical High School Past Students' Association, in celebrating the school's 39 years of existence, recognised present students who are top achievers, awarding them with scholarships amounting to $150,000.

The awards ceremony took place at the school in Twickenham Park, St Catherine, during devotions on Monday as part of a coordinated effort by the past students body to highlight the achievements of students of the school, which opened its doors on January 10, 1977.

The exercise, coordinated by a group of past students headed by president of the past students association Marlene Raffington-Lambert, also saw a number of trophies donated by distinguished past students being handed to individual students along with cash awards.

Raffington-Lambert said that the move was in keeping with a decision taken by the past students body to give something back to the school.

"Each year, for the past seven years, we conducted devotions, but this year, we decided that apart from just convening devotions, we would give something back to the school. So we looked at giving awards to the top grade seven boy and girl," she told Rural Xpress.

"We did not leave it here, but each year, we work with these two students until they reach grade 11, and each year we add another two. So this year, you will see that eight students received awards," Raffington-Lambert said.

She said a special sports award was presented to Winston Thomas, goalkeeper of the school's Manning Cup team.

"We also see the necessity to look at needy students, so we incorporated an award to cater to this area," she disclosed.

Raffington-Lambert was very upbeat about the initiative and the level of participation from the past students body, citing cash contributions and three tablets donated by past students who reside overseas as significant moves.

Meanwhile, Thomas, whose progress the past students body has followed since he was in grade seven, expressed his gratitude, telling Rural Xpress that he was happy to receive the first sports award.

"I did not expect this at all, but I am happy for the award. I did my best to help our Manning Cup team, but we didn't make it to the finals," Thomas said.

He was also given an academic award, having passed six CSEC subjects, including one distinction and two credits. He is currently preparing to sit four CAPE subjects.

"At the end of it all, I want to become an army officer or an architect," he said.