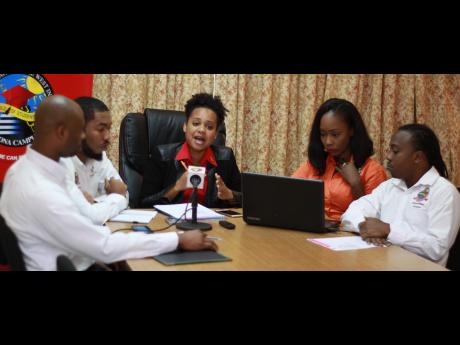 The body that represents the more than 50,000 students at the University of the West Indies (UWI) is urging Caribbean governments to revisit what it calls archaic anti-gay laws.

The call was issued this morning at a press conference hosted by the Inter-Campus Guild Council that includes student leaders from the Cave Hill, Mona, St Augustine and Open campuses.

It's one of the strongest calls against anti-gay laws from a group in the region which is not a human rights lobby.

Cave Hill representative, Dalano deSouza, argued that the anti-gay laws across the region should be revisited.

He pointed to the need to ensure rights against discrimination on grounds of sexual orientation are upheld.

Meanwhile, UWI Mona representative Davianne Tucker stressed that they are not calling for the wholesale repeal of laws, but for an undertaking that potentially offensive laws will be revisited.

Meanwhile, the regional student leaders from the UWI are condemning reports in Jamaica that guidance counsellors are shunning students who identify as gay or lesbian.

The Cave Hill representative, deSouza, said the reported behaviour of some Jamaican guidance counsellors is unacceptable.

He argued that students seek counsellors for help and it is critical that their needs are given attention.

He noted that students tend to have sexual identity issues at an important stage in their lives when they need sound advice.

There has been public outrage since Monday following a Gleaner report that counsellors are shunning gay students.