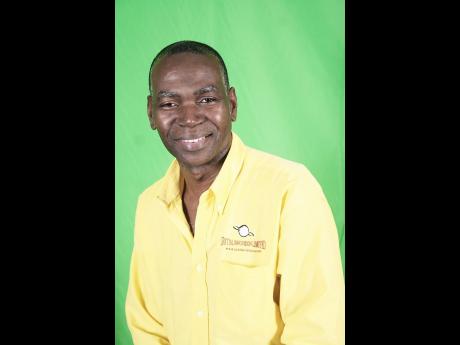 Silburn Clarke, president of the Land Management Consortium, has argued that a partnership model should be pursued for urban renewal projects in the Corporate Area.

Clarke suggested that instead of buying out the poor from the valuable lands they occupy, developers should allow them to be shareholders in the process.

The partnership model envisioned by Clarke would allow the poor to give lands as part of their stake in the development projects. In this way they will be able to reap financial gains from the new housing and construction that will be executed by developers.

"In other words, it is a marrying of my land with your money to create a new outcome. Therefore, rather than me giving away my land to you, I will contribute my land to the joint project and be a beneficiary post construction," Clarke said as he explained his call for partnerships.

Clarke's proposal runs counter to that made by Member of Parliament, Delroy Chuck.

Speaking in the first-ever Constituency Debate in the House of Representatives last year, Chuck proposed that the Government consider leading a process of renewal in Jamaica's inner cities by purchasing, on a large scale, property owned by poor people and selling them to developers to build housing solutions for middle-class and affluent people.

Chuck's proposal was met with mixed responses and viewed by some as a form of gentrification.

"My proposal is for the Government to use the Housing Act or any necessary law to acquire large tracts of property, of at least five acres, in communities such as Vineyard Town, Allman Town, Rollington Town, Franklyn Town, Swallowfield, etc. and enter into joint-venture agreements with private developers to build affordable apartments and town houses in closed, gated and safe communities," Chuck said in an article published in The Gleaner.

Clarke, however, believes that the owners of the properties in these communities should be allowed to benefit from any construction project and as such should not be made to give up their land to developers.

A significant hurdle to the kind of partnership Clarke proposes is the level of mistrust between wealthy developers and the poor, but he believes this can be overcome by the 'Prosper Thy Neighbour' philosophy which was used in Malaysia to secure buy-in for the modernisation efforts in that country.

"At the heart of this is trust and whether the social capital exists to do something like this. I am a firm believer that the social capital must be built because if it is not built we will end up with two Jamaicas and that cannot work ... . Malaysia was more fractious and fragmented than us ... and to overcome that the prime minister at the time crafted what he called the Prosper thy Neighbour Philosophy ... which called on citizens to seek the best for their neighbour, and Malaysia today is a star in terms of how they define economic stars in that part of the world and a much more cohesive society ... so the question is, can Jamaica do that? Malaysia was worst than us and they have done it," he said.