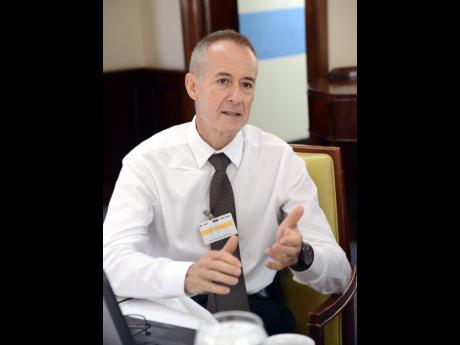 Since 2011 law enforcement agencies have used the Proceeds of Crime Act (POCA) to take J$148 million from the hands of criminals but still renowned crime researcher, Professor Anthony Clayton is questioning the application of the law by members of the local judiciary.

According to Clayton, the Alcan Professor of Caribbean Sustainable Development at the University of the West Indies, it appears that judges do not understand how to apply the legislative tool given to law enforcement authorities to combat organised crime.

“We have POCA legislation and as far as I can see, not one judge knows how to apply it. You have to apply it aggressively,” said Clayton during a round table discussion at The Gleaner’s downtown Kingston office last Friday.

He pointed to similar legislation in the United Kingdom, and noted that police investigators there are only required to show a judge that a person owns a house and a car valued at millions of dollars without a certifiable source of income.

“The guy has never had a job, has no known income (but) drives a big car. The court can now conclude that the assets are proceeds of crime and you lose all of it. In other words, the police no longer have to prove that you were involved in any particular crime,” explained Clayton.

Locally, the Assets Recovery Agency - the body established to enforce POCA - is required to prove that the money it is seeking to forfeit was derived from illegal activities a move endorsed by Jamaica’s private Bar.

“What that seeks to do is measure the rights of the individual against the right of the State, which is good,” argued one attorney recently.

But Clayton said the task is to get Jamaican judges to understand that the presumption of innocence changes under POCA.

“When you are charged with a crime the court starts off with the assumption that you are innocent until proven guilty. POCA is actually the opposite and judges must understand this,” insisted Clayton even as he declined to comment on whether there was resistance among some judges to embrace this change.

Clayton argued that in order to dismantle powerful crime syndicates financial investigators need to focus on the facilitators of organised crime instead of the street-level thugs and pointed to the strategy employed by the United States Government to combat the problem.

“It says focus on the facilitators and this includes the corrupt lawyers, the accountants, the bankers, the real estate brokers and public officials who are really the major players, but appear to be respectable. These are the people that give organised crime the power that it has.”

Clayton urged local investigators to follow the money trail rather than focusing on a particular form of crime because, “criminals will, from time to time, shift their activities from narcotics trafficking to lottery scamming and other forms of crimes”.

“If you are trapped focusing on the form of crime, that will morph and it morphs in response to pressure,” said Clayton.

He told The Gleaner team that this is the format used in several developed countries with positive results.

Clayton noted that in 2011 the United States Federal Bureau of Investigations seized criminal assets valued at US$12 billion while the London Metropolitan Police seized US$110 million in criminal assets.

He said investigators in Italy, who have been pursing members of the mob, reported seizing $40 billion Euro over a 15-year period.

The university professor highlighted that in several of these developed countries the money seized from criminals is not deposited to the Consolidated Fund but is used to increase the number of persons pursuing proceeds of crime cases and re-generate at-risk communities.

“So in other words you start to turn the people against the dons. The done operate on the basis of a myth, which they propagate successfully, that they are the protectors, that they are the benefactors … they help you with a little money (at) back to school time.

“So you are achieving a number of things. You are breaking the power of organised crime, plus you are winning the battle for the hearts and minds (of law-abiding citizens),” added Clayton.