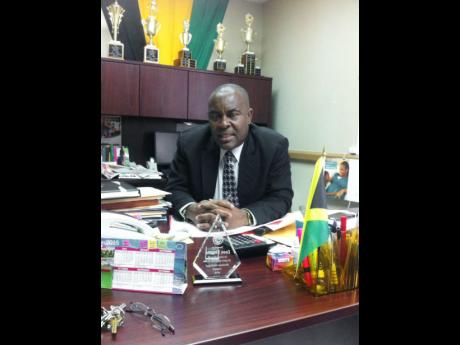 Recognising its vulnerability to mosquito-borne viruses, the Portmore municipality has taken steps to eradicate the mosquito breeding sites of the Aedes Aegypti mosquito - carrier of dengue fever, Chik-V and the Zika virus - from the Portmore communities

Acting mayor, Leon Thomas, said a sustained effort by the municipality working with the health department and the National Solid Waste Management Authority (NSWMA) has contributed to a noticeable reduction in the mosquito population.

"The Portmore Municipal Council along the health department, even before the advent of the Chick-V has been undertaking a continuous cleaning programme, including the cleaning of drains and household containers known to facilitate the breeding of these mosquitoes," Thomas told The Gleaner.

"The health department did an assessment of the sites that we know were breeding grounds for the Aedes Aegypti and the municipal council followed with an eradication programme that involved fogging and pouring chemical in the water to destroy these sites," he stressed.

According to Thomas, this effort was followed by a massive education campaign, utilising 40 workers who went house to house throughout the municipality to educate residents on how to dispose of containers and also how to treat water in drums and flower vases inside their homes.

"The cleaning effort continued over the Christmas holidays and we intend to carry on with this exercise in order to ensure that Portmore is not affected when the Zika virus comes to Jamaica." Thomas asserted.

With regards to tyre shops the acting mayor said there will be constant monitoring to make sure that the owners comply with public health regulations relating to the disposal of old tyres.

He said the NSWMA has established a dumping site for these tyres and it is up to the tyre shop owners to work with the solid waste company to get rid of the tyres.