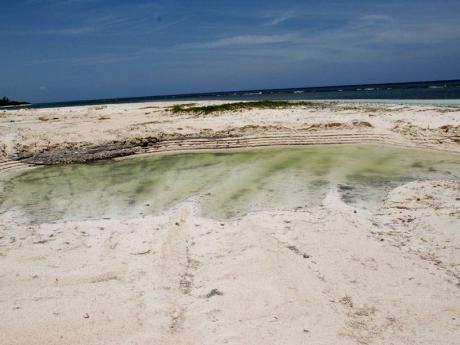 Karisma Hotels and Resorts says it is satisfied with the outcome of discussions which led to the resumption of operations at its property in Negril, Westmoreland.

Karisma, through its attorney, Christopher Honeywell, told The Gleaner/Power 106 News Centre that the matter involving the removal of sand from its property is now at an end.

In a subsequent interview on Cliff Hughes Online on Power 106FM this morning, Honeywell said his client left wrong by the ordeal and believes it has a case to take to court.

However, the attorney said  Karisma decided not to go down that route.

The company had previously stressed that the delay in rectifying the matter could cost the company financially and could likely have very negative effects on its reputation.

Noting that the hotel is scheduled to open in time for the 2016 winter tourist season, it said any further delay would force it to abandon all bookings which have been made to date.

Karisma said this would cost Karisma millions of United States dollars in loss of revenue.

The order barred the company from transporting sand from its property in Negril to Llandovery in St Ann.

The cessation order was imposed by the National Environment and Planning Agency after accusations were made that the company was illegally mining sand.

Karisma dismissed the claim and insisted it was granted a quarry licence to remove sand which was discovered during the construction activities at its Negril property.

Pickersgill said after reviewing the issues he came to the conclusion that the licence issued to Karisma by the Commissioner of the Mines and Geology Division is valid.