Henry tells Clarendon political aspirants to live in their constituencies 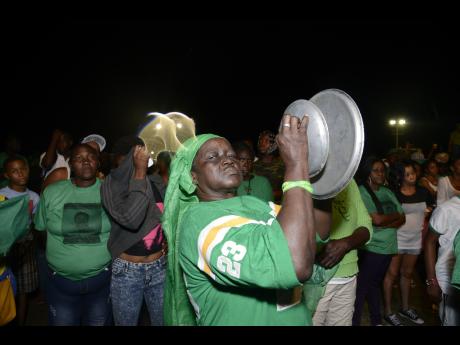 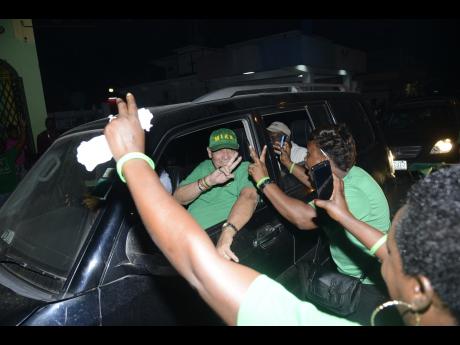 JLP campaign chairman Mike Henry has warned all six parliamentary candidates in Clarendon that they will have to live in their constituencies.

"You all going to have to live in your constituency the day after you win the seat," Henry said at a meeting in Lionel Town Clarendon.

Of the six candidates, only Henry and Causwell Pinnock live in the constituencies they are seeking to represent.

Henry told Michael Stern (North West); Rudyard Spencer (South East) and Kent Gammont (South West) that they will have to rent houses to live in their constituencies.

He did not name Pearnel Charles, the MP for North Central Clarendon.

Promising that the JLP will win all six seats, Henry said that Portia is going to "fly the gate" this weekend.

The JLP today toured sections of the parish seeking to boost its chances.

The six Clarendon seats are divided equally between the two parties.

The arrival of Opposition Leader Andrew Holness from the Clarendon hills was met with wild excitement Thursday evening.

When Rudyard Spencer met him in the streets of Lionel Town and ushered him to the nearby platform, the supporters could not contain themselves.

As the sounds of Hol' On To Your Victory blared through the loud speakers,  the Labourites not only danced.

Jamaica is on election alert since the PNP gave notice of a mass meeting in Half-Way Tree, St Andrew on Sunday.

Prime Minister Portia Simpson Miller is expected to announce the election date at the meeting.

"What we [are] seeing here tonight is sending a clear message to the PNP .... Anything she do Sunday, Labour Party ready," JLP deputy leader Desmond McKenzie said.

"In just a matter of weeks Jamaica will be free from bondage," McKenzie said.

Causwell Pinnock who is seeking to unseat the PNP's Horace Dalley, all, but conceded he will lose the seat but said that his mission is to be like a defender assigned to mark Dalley out of the game.

"It is a work in progress. We are not comfortable, but we have much to be thankful for," Pinnock said.

Kent Gammont, who is to face Noel Arscott in South West Clarendon was a bit more optimistic.

"The party is going to see a win for South West Clarendon because the people tired. The people want to see a change," Gammont said.

He noted that many have written off the seat as one that the JLP cannot win, but said he is determined to bring victory for the JLP.

Michael Stern, who is seeking to reclaim North West Clarendon, a seat he won in 2007, but lost in 2011 to Richard Azan said all six seats in Clarendon will be won by the JLP.

"From they say we lose we brush off we pants, cry, wi cry and wi ready again," Stern said.