'It couldn't miss me', PNP diehard makes HWT an appointment 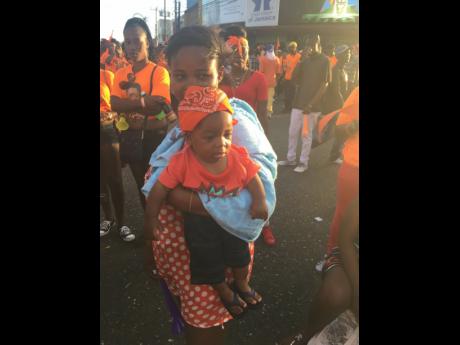 Ricardo Makyn photo
"Nobody (is) home to keep the baby and I could not make it miss mi," Sandie told The Gleaner. 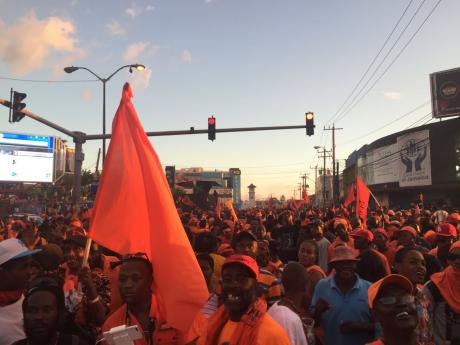 Not even a young baby could prevent Sandie from attending the People's National Party (PNP's) Mass Rally in Half-Way Tree, St Andrew, this evening where Prime Minister Portia Simpson Miller is expected to announce the date for the impending general election.

"Nobody (is) home to keep the baby and I could not make it miss mi," Sandie told The Gleaner.

Hailing from a household consisting of other PNP supporters, Sandie said she had no choice but to journey from de la Vega City, St Catherine with her four-month old baby, Jaheim.

Amid the hustle, tears could be seen streaming down baby Jaheim's face.

"Everyone was coming, so she had to come," Sandie said.

A relative then interjected saying her only regret was that they could not have also dressed up their dog and taken it.