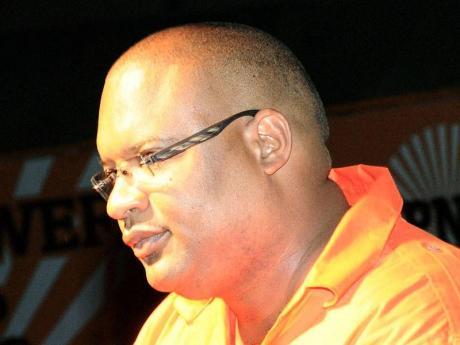 Skeffrey: Our candidates and the political organization were out there doing their work

Wensworth Skeffery, the PNP deputy general secretary with responsibility for enumeration, has said the party is comfortable heading into the upcoming general elections given the findings of various canvasses.

PNP President, Prime Minister Portia Simpson Miller, is expected to name the date for the 16th general election at a meeting in Half Way Tree, St Andrew this evening.

"Our candidates and the political organisation were out there doing their work. Our canvass has show we are comfortable in the seats and we will retain victory for the PNP," Skeffery said.

"If they continue with the vibes and the momentum it would be even bigger than we had in 2011," he added.

In the last election, the PNP won 42 of the 63 seats in the House of Representatives. Of the seats won by the PNP, 15 seats were won with a margin of 1,000 votes or fewer including seven which were won by fewer than 300 votes.

Three of the Jamaica Labour Party (JLP's) 21 seats were won with fewer than 300 votes.

The PNP's slate of proposed candidates includes 21 first-times, 13 women and six persons who have ran unsuccessfully in previous general elections.

But at a meeting in Black River, St Elizabeth in late November, the Prime Minister said Jamaica would not go to the polls before the publication of the latest Voters' List.

At that meeting, Simpson Miller said it was important that the Electoral Commission of Jamaica be allowed to publish the November 30, 2015 Voters' List.