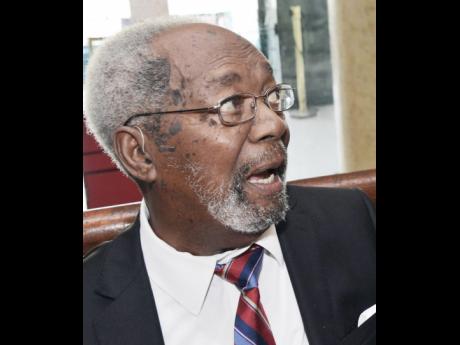 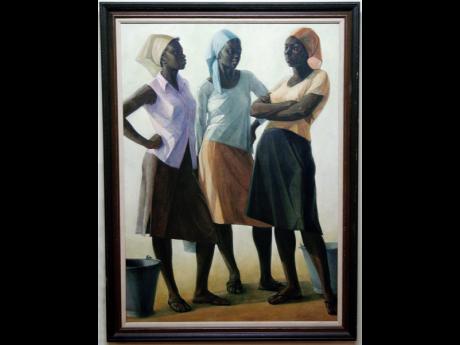 A portrait of the artist as a young man captures the image not of a 'sensitive' boy lost in his own universe, but an avid sportsman who, amazingly, opted to play football rather than attend the art class that was also offered in his high school's extra-curricular programme even though the subject was not among those that he studied during regular hours.

In truth, so committed was Barrington Watson to the sport that he not only played on the Kingston College football team, but also earned himself a place on the national squad.

And if that anecdotal detail appears incredible, even more so is the fact that at the end of his first year of secondary learning, the youth who went on to engrave his name in academia had little cause to paint the town red as he placed dead last in his class. Yet if we are to believe the words of the eminent Greek historian, Plutarch, that "painting is silent poetry", then we can accept that the ballad of Watson's life illustrates as much contrast and complexity in the hero as exists in the works of art that he created.

Inevitably, Watson's artistic side took its rightful place in the foreground, and the talent that once had a little boy designing Christmas cards that were sold in his father's pharmacy compelled him in 1951, at age 20, to board the obligatory 'banana boat' bound for England in order to seek his fortune, so to speak. Six years later, Watson, who had shown sufficient promise to earn a scholarship from the Royal College of Art in London, enrolled in the academy from which he later graduated with honours. It was also fitting that the future painter of portraits of historical black figures like Martin Luther King Jr, Malcolm X and Marcus Garvey created history himself by becoming the first black and the first West Indian to attend that institution.

Watson advanced his education at other prestigious European art institutes in France and The Netherlands before he returned home in 1961 to continue on a trajectory that saw him emerging as a central figure among the men and women who helped to shape Jamaica's artistic identity in the period following Independence. He was the initial director of studies at the Jamaica School of Art, was co-founder of the Contemporary Artists' Association in 1964, along with Karl Parboosingh and Eugene Hyde, and later established the Contemporary Art Centre (1985), a gallery and art education site, which became a haven for young painters, sculptors, potters, fashion designers, and others eager to make a name for themselves.

The Musgrave gold and the Centennial medallist, and double national honours awardee, who was conferred with the Order of Jamaica years after being decorated with the Order of Distinction, was also a professor with extensive knowledge of different artistic cultures. Much of this was gained from his travels as a student or as an exhibitor in celebrated galleries on several continents; and with his mixture of skill and scholarship, he was easily the Renaissance Man of the local art world. Administrative responsibilities and academic achievements aside, however, Watson was, first and foremost, a working artist who compiled evocative paintings, drawings and a few sculptures that drew inspiration from every imaginable source.

The diversity of Watson's subjects was most recently captured in 2012 at a three-month exhibition of 259 of his works mounted by the National Gallery, which classified his paintings and drawings into such categories as portraiture (inclusive of self-portrait), history and nation-building, African heritage, nudes, erotic impulse, women at work, men at work, men at play, landscape, still life, and the combined genres of music, dance and religion. In vivid or muted colours, Watson brought to life from his canvas, pages from the past like The Morant Bay Rebellion and The Hanging of George William Gordon; but many of his pieces were based on quotidian scenes that captured the vibrancy of human interaction, such as Garden Party, the rawness of human emotion, like the classic Mother and Child, and the deeply spiritual and spirited aspects of African retentions as in The Maroon Dance. From paintings like Sunset on the Beach, portraying carefree schoolgirls soaking their feet in the sea, to Broom Crew, a tableau of casual workers by the roadside, Watson will perhaps be best remembered for his effortless ability to convey to the viewer the gloriously multifaceted aspects of everyday life.

Watson died last Tuesday. He was 85.