Make Use of Flexi-Work Arrangements- White 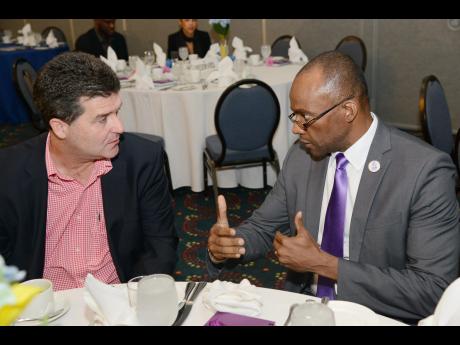 Donovan White, vice-president at C&W Business has urged more companies to make use of flexi-work arrangements.

White, who was the guest speaker at the Private Sector Organisation of Jamaica President's Forum last week, said flexi-work arrangements can increase productivity and employee output.

According to White, "If you think about some of the industries we have, they could do a better service to the public if something like flexi-work became par for the course."

The Act specifies that overtime becomes applicable after the stipulated 40-hour workweek.

In addition, the flexitime arrangement increases the maximum number of hours in a work day from eight or 10 hours to a maximum of 12 hours.

The Act also indicates that all seven days of the week are possible working days, a provision that had ignited intense debate among church leaders, who argued strongly for the preservation of special days for worship.

White believes that a flexi-work arrangement is important to maintaining work-life balance as it reduces stress among employees.

"Research shows that the cost of stress-related issues runs in the region of about $407 billion, from absenteeism, medical bills, recruiting and training," he said.