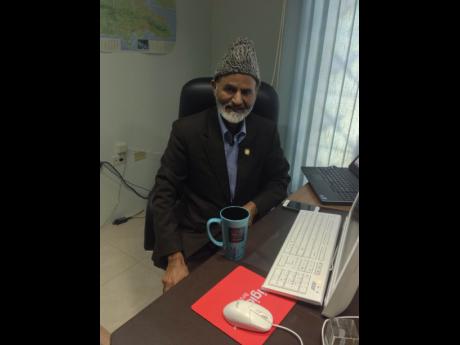 Speaking against the background of whether Muslims should be involved in political affairs, Malik, who is based in Canada and is in the island for an international conference of the Islamic group at their Bushy Park Mosque in Old Harbour, said: "The Holy Koran entreats Muslims to participate in the democratic process and respect and support those who offer themselves to serve, so long as they rule with fairness and dispense justice to all."

Malik added: "It is very good that Jamaica has adopted the democratic way of life. It gives an opportunity to all the people to exercise their right of giving this trust to the persons who are most suited for the job of leadership.

"All Jamaicans should value this freedom and should exercise it with humility and respect, recognising that this right is given to each one of us (and) not just to individuals."

The Islamic leader stated that if consideration is given to the fact that everyone has this right, there would be no violence against one another.

Malik, who will be addressing today's session of the conference referencing the theme, 'The role of religion in nation building,' stated that the love of one's homeland is a part of faith, and this is rooted in Islamic teachings.

"Islam teaches us to respect the law of the land and cooperate with those who are in authority. Islam denounces tribalism of any kind," declared Malik.

He added that whosoever is elected in a free and fair democratic election should get the obedience of the people.

Malik argued that the first democratic principle is: "I am free and you are free, but my freedom only extends to where your freedom starts. It must not interfere with the freedom of others."

Speaking also against the background of a guiding principle of the Ahmadiyya Muslim community - love for all, hatred for none - he said that "love does not manifest itself in fighting one another".

He urges all Jamaicans, including the Muslim community, to go out and elect the persons who they think are best suited for the job.