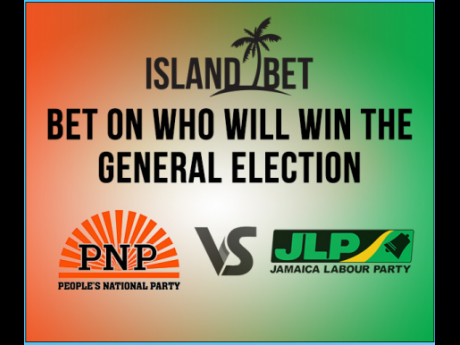 When Jamaicans go to the polls on Thursday, the vote count will not only be watched closely by the competing political parties, but also by gamblers who would have staked a bet on the outcome of the elections.

For the first time in the country’s electoral history, Jamaicans are able to place their bets on who will come out victorious in the general elections.

The electoral gambling venture is being pioneered in Jamaica by Island Betting, a sports betting company owned by business partners Adam Epstein and Gassan Azan.

While election betting remains illegal in the United States, Epstein says it is popular all over the world and he believes it is good for Jamaican politics.

“Betting on election is done worldwide already so we figure that by offering it here we are just adding something else to the betting industry and the betting options for the people who enjoy the sport of betting,” he told The Gleaner.

Based on the bets being registered with Island Betting so far, Epstein has surmised that many people who will not be voting are relishing the opportunity they have been afforded to bet on the elections.

With the potential of cashing in as much as $2 million, the bets have been rolling in.

“The response is great and it is more than what I had anticipated. We have received many positive feedback and what we are seeing is that many of the people who are not voting or are not registered voters are excited to be able to bet on the elections,” Epstein added.

According to Epstein, the political culture in Jamaica has matured enough to accommodate election betting.

For him the opportunity to bet on election outcomes provides added entertainment during the election season.

Bets on the elections can be made by going into an Island Bet agent or registering online at islandbet.com.