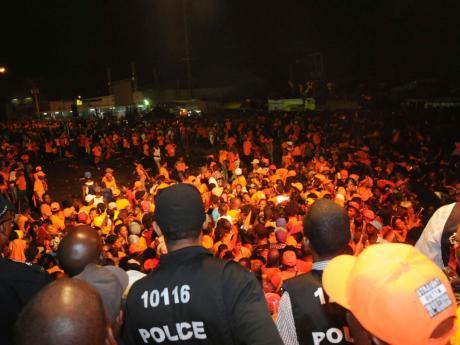 Security expert, Robert Finzi Smith, says Prime Minister Portia Simpson Miller's security detail acted appropriately when they did not remove her from the stage after gunshots rang out at a political rally she was hosting in her St Andrew South Western constituency.

According to the head of security at the University of Technology, the security personnel did what they were trained to do.

He told The Gleaner/Power 106 News Centre that it appears security personnel determined that the Prime Minister was not under fire.

A similar incident took place at a St James rally hosted by the Jamaica Labour Party and the leader, Andrew Holness, was whisked away immediately.

Meanwhile, he says it was important that the meeting was continued to ensure that the supporters did not leave seeking revenge. Senior member of the People's National Party, Phillip Paulwell says the party decided not to end the rally abruptly because persons may have left the meeting feeling that the JLP caused the disruption.

READ: Why Portia did not end rally after disruption? Paulwell tells

He says the party leader was urged to leave the stage, but she refused out of concern for the people.