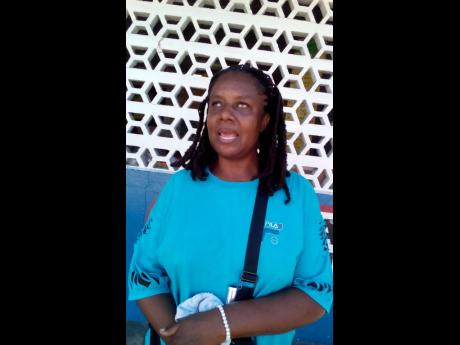 Blagrove ... Visually impaired people are not getting much help.

Gospel singer and massage therapist Isabell Blagrove, is hoping that one day things will be  better for  visually impaired persons such as herself.

The Gleaner news team caught up with her at the Denbigh Primary school in Clarendon Central where she voted.

"The icons were big enough and I can see slightly," she said.

She does not expect anything  to change but for her, voting is simply exercising her franchise.

Her handicap, with which she has been living from birth has not prevented her from reaching for her dreams.

However she said it's twice as hard for her.

"Visually impaired people are not getting much help. I am a certified massage therapist but it seems people don't realise the importance of it. I am not really relying on Government as I am an independent person. But I would like to see more programmes for people like me, " she said.