A mother’s fight to beat the odds 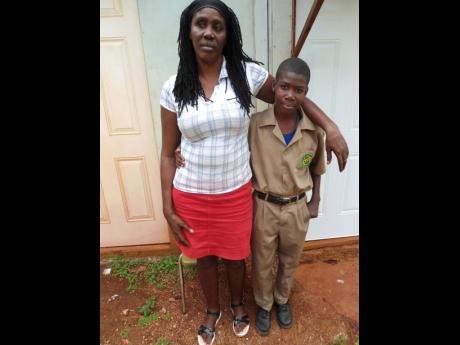 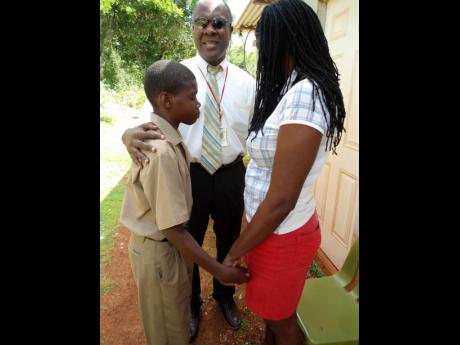 Thirty-seven-old Keisha Wint's blank stare was in stark contrast to the fiery passion in her voice as she blurted out, "I would rather die than not have my son with me!"

The mother of two, who now lives with her son in the community of Warwick, in Clarendon, (the other child living with the father in Kingston) is coming under pressure from relatives and other concerned individuals to put her son in a children's home.

Wint who has been blind for 13 years following glaucoma and retina detachment in late 2002, only enjoyed a few blissful months of staring into her son, Daeshawn Smith's face, before she lost her sight completely.

In 2005 at two years old, he was placed in a children's home in Kingston. Two years, later Wint breathed a sigh of relief when she got him back. This, after she left Kingston and went to live in Manchester, where she was assisted by relatives in taking care of him.

Wint's world is now crumbling around her as her relatives cannot give her the assistance they used to.

With a fighting spirit, Wint took care of her son's needs by raising chickens and farming, but all that has been stalled because of another cruel blow life has dealt her in the form of her having frequent seizures which occurs about three to four times for the week.

The symptoms started last year, just before her son started the Winston Jones High, forcing her to use up her last financial reserves and having no means to restock the chicken coop.

Wint should have taken a computerised tomography (CT scan) from last year, to determine the cause of the seizures, but lack of funds prevented her from getting the test done.

"The doctor sent me to the Kingston Public Hospital to do the scan, but I was told that I had to do it privately as I am not from the area," she explained to Family & Religion.

With the cost being $19,000 she had no hope in sight until senior medical officer at the May Pen Hospital, Dr Bradley Edwards, heard about her plight through James and Friends Foundation.

Dr Edwards who is also a committed Christian, visited and after encouraging her to believe in a miracle, he prayed with her and her son.

Should the physical miracle not happen, he has also put up the funds to take care of the CT scan as well and will be assisting her son with his school expenses.

While Wint can now breathe a sigh of relief at this unexpected blessing, she still has a few more hurdles to cross.

"There are just two things I now need to provide all that my son and I will ever require - and that is a bed for him as the one he is currently using was loaned to me by a cousin of mine," she said.

Wint also needs a mattress and help to get her chicken-raising back on stream.

"I am not a lazy person; lack of sight cannot stop me. Just help me to help myself," is the heartfelt plea from Wint.

Her son draws closer to her as she speaks, putting his arms around her shoulder. There was no missing the love and camaraderie between the two.

In case that point was missed, young Smith piped up, "I cook, clean, sweep up the yard and help my mother," he said. It was easy to spot the love and devotion in his voice, but if there was any other proof needed, he said he didn't feel he was missing out on anything.

He still takes part in school activities where he is a member of the Under 14 DaCosta Cup football team.

His guidance counsellor at the school, Kevin Murray, said academically Smith is more than able. If there is one speck on his perfect behaviour is his sometimes issues with authority and his inability to deal with his anger.

Smith admits that he "acts up", but said when he thinks about being separated from his mother again, his fears make him act irrationally.

"I love my mother...I want to be there for her all the time," are his simple words.